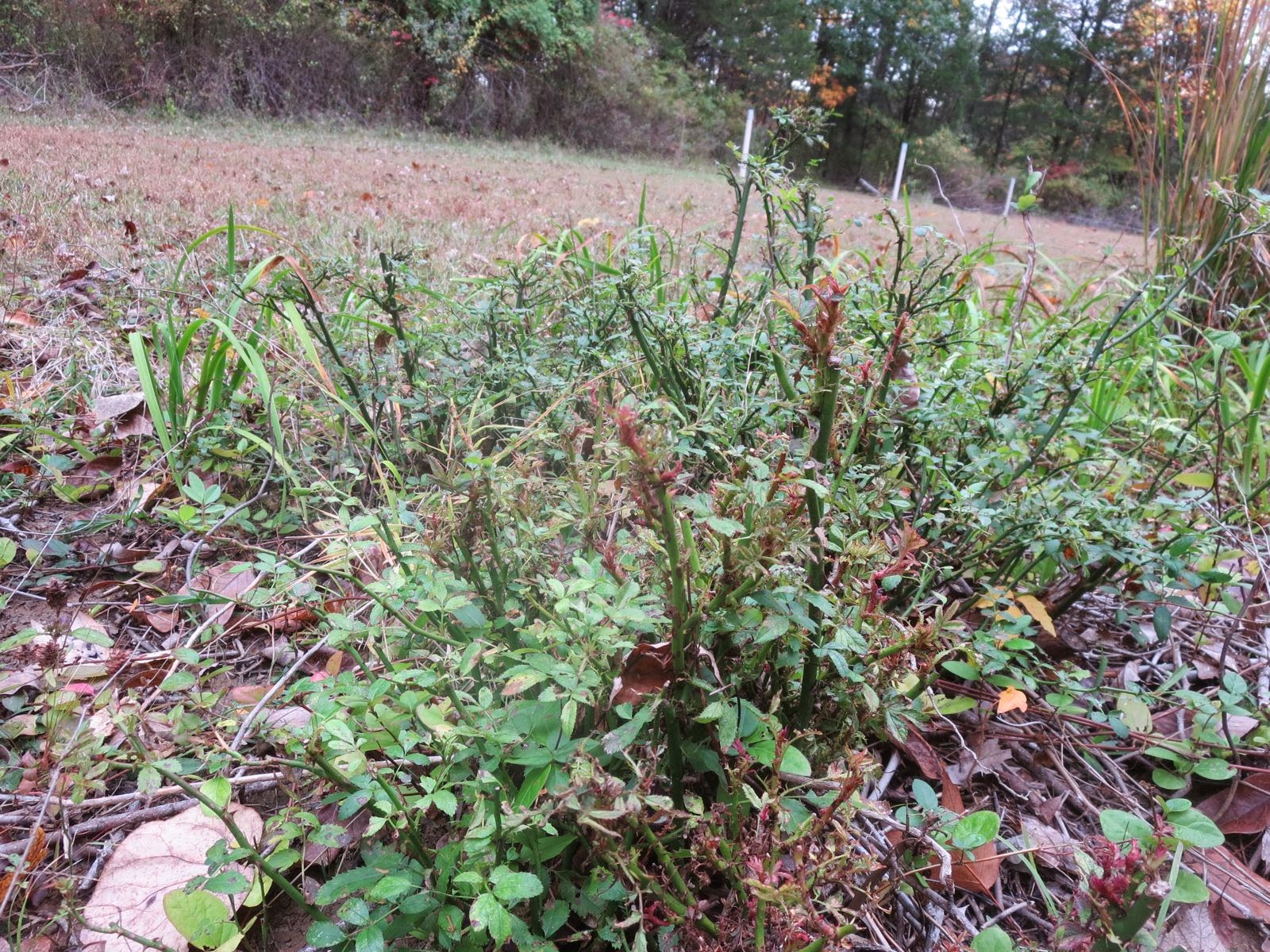 I first noticed it on the Veblen House grounds, where some volunteers at a Rotary workday had cut down a multiflora rose bush that had long stood in a knotty tangle in the bed of iris in front of the house. The volunteers, Steve and Teresa, braved the thorns, cut the stems and dragged the giant weed over to a pile at the edge of the woods. The intelligent thing to do next in that situation would have been to treat the cut stems with a tiny squirt of 20% glyphosate that would then transfer into the roots and prevent any resprouting. I didn't, though, choosing not to wield chemicals during a workday. The intent was to follow up later, so the shrub wouldn't regrow.

Fortunately, no followup has been necessary. The shrub has not grown beyond the stubs. So what's going on? Two things are stunting the shrub. Some of the leaves are red--an indication that the rose is being attacked by rose rosette disease. But in addition, the deer are eating the fresh sprouts. Herein lies reason for hope. High deer numbers in combination with invasive species has long been spelling trouble for ecological balance. The deer are accustomed to eating native plants, which gives exotic plants a competitive advantage in forests and fields. Every land manager has dreamed of the day when deer would take a liking to exotic invaders and give the natives a break. 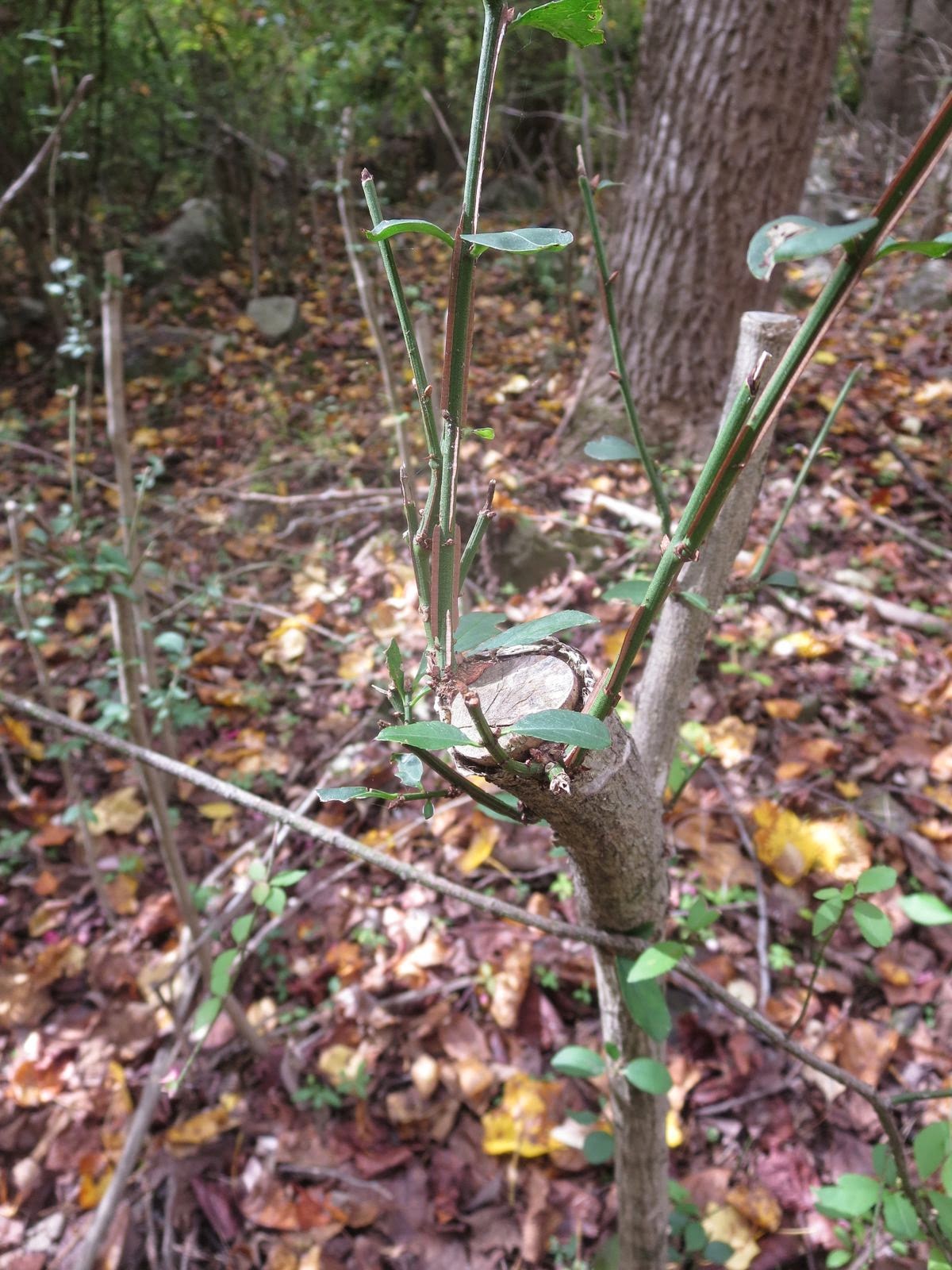 Nearby in Herrontown Woods, there's more good news to feed that dream--another invasive exotic, winged euonymus, that was cut down and hasn't regrown despite lack of treatment with herbicide. Its shoots, too, show signs of having been browsed repeatedly by deer.

So, here's a concept: By cutting invasive shrubs at a convenient height along pathways that deer frequent, we can tempt them with tender (re)sprouts of the invasive species they would ordinarily reject. Once accustomed to eating the tender sprouts, they might start eating the more mature vegetation. It would be a boon for the deer, since most woods are packed with invasive shrubs--a potential food supply that up to now has gone begging.

There may be an art to this, or at least some craftiness. Since deer are creatures of habit, it may mean learning their routes, cutting where they are most likely to pass by, at times of year when they are the hungriest. And might deer take a visual cue--if the resprouts are cut with clippers, might a deer see that as evidence of browsing by other deer, and conclude that it must be edible?

In any case, it's a way to entertain hope, and possibly enlist deer as partial allies.