On a recent trip down the piedmont to Durham, NC, I was handing out congratulations left and right. For starters, there was the fifteenth birthday of the nonprofit I started there in the pre-Princeton years. 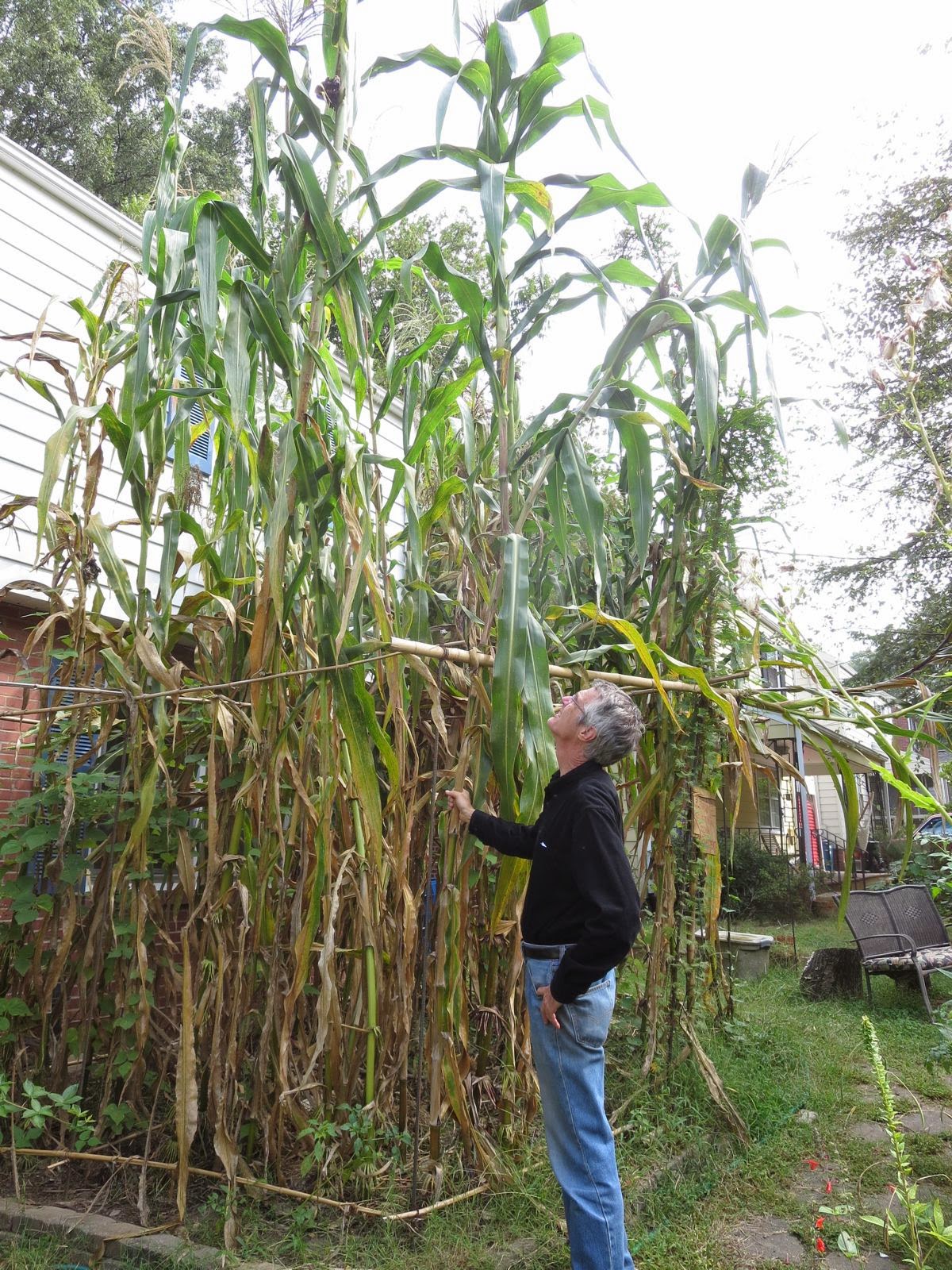 While in town, I also congratulated this corn on having grown up to the roof of a two story house bordering one of the urban nature preserves. Giant corn is associated with Jala, Mexico, near Guadalajara, which is towards the Pacific Ocean from Mexico City. Grow enough of this tree wannabe, and you might be able to shade your house in late summer. 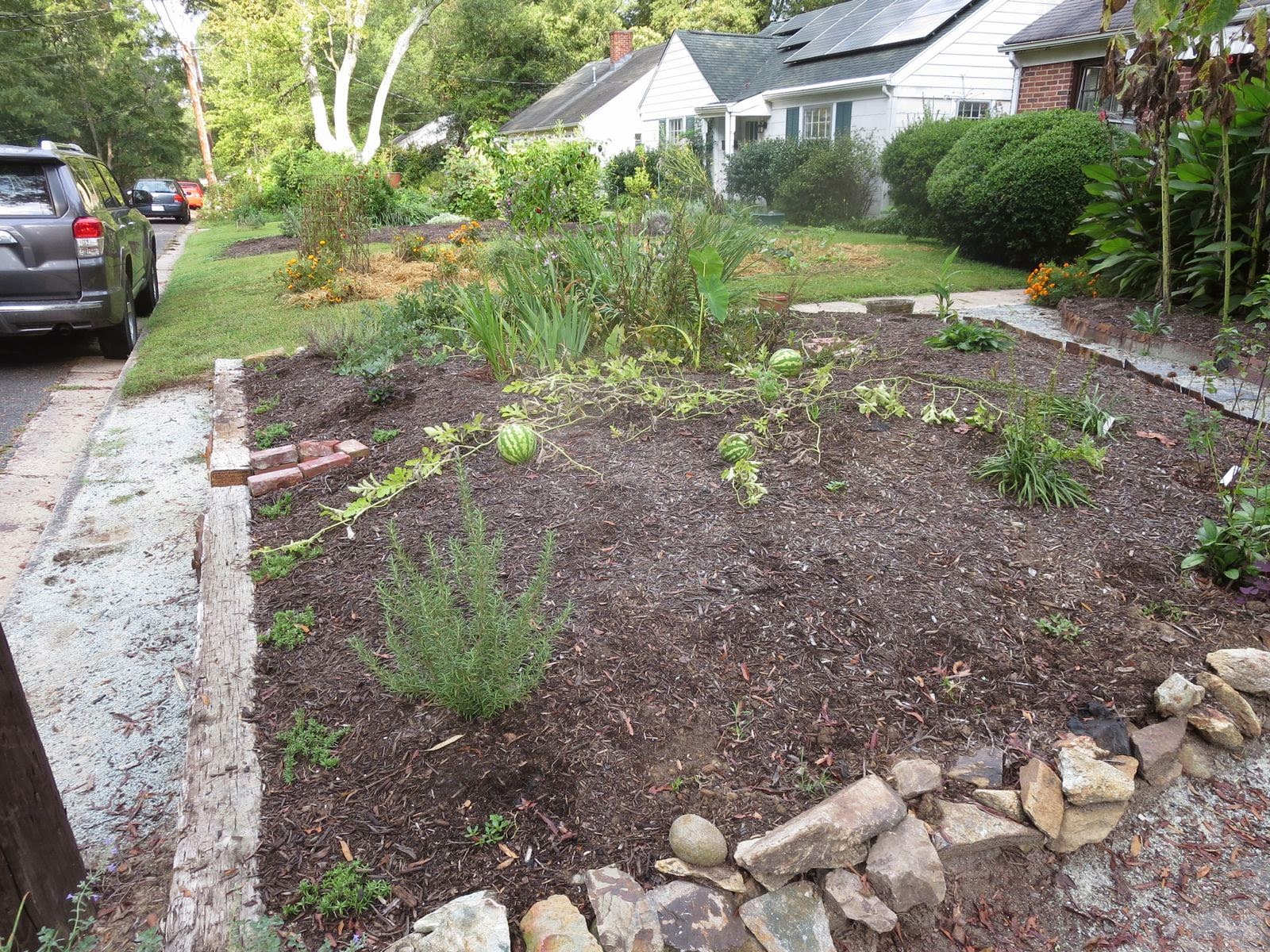 There was the incredible shrinking lawn of my friend's neighbor, who each year de-turfs more of his front yard and replaces the lawn with tomatoes, herbs and watermelon. 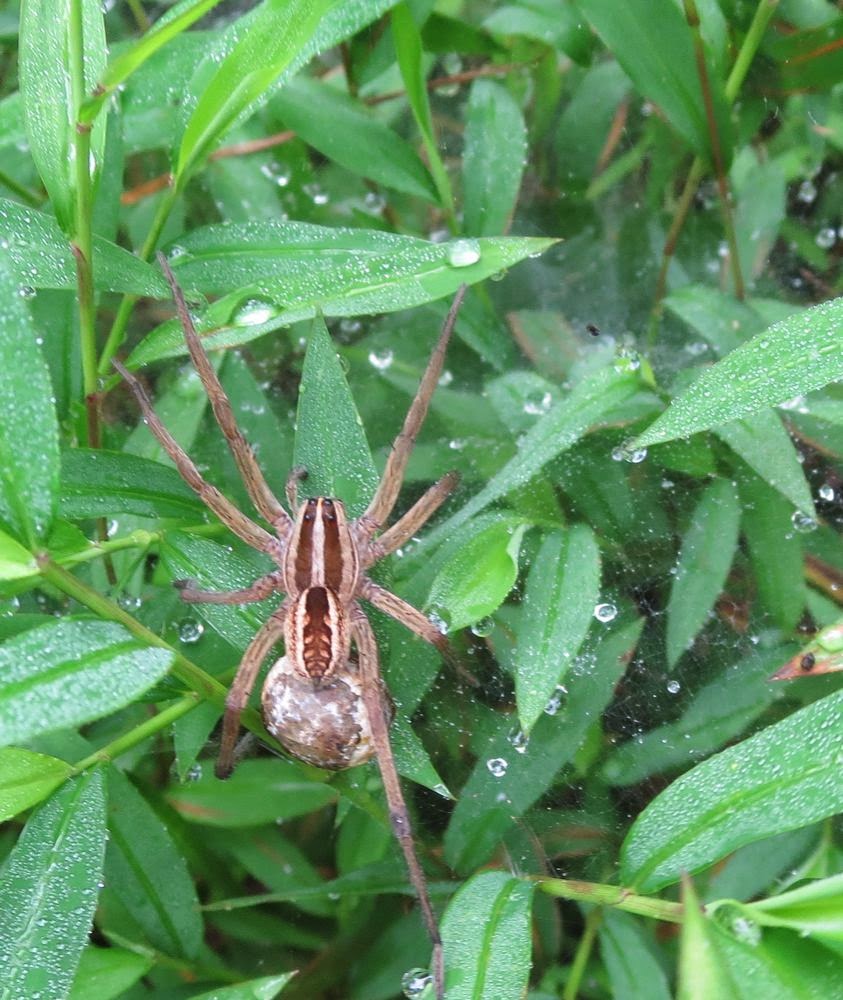 I congratulated this "rabid wolf spider" (Rabidosa rabida), on producing that promising eggsac, and on being so innocuous despite its scary name. 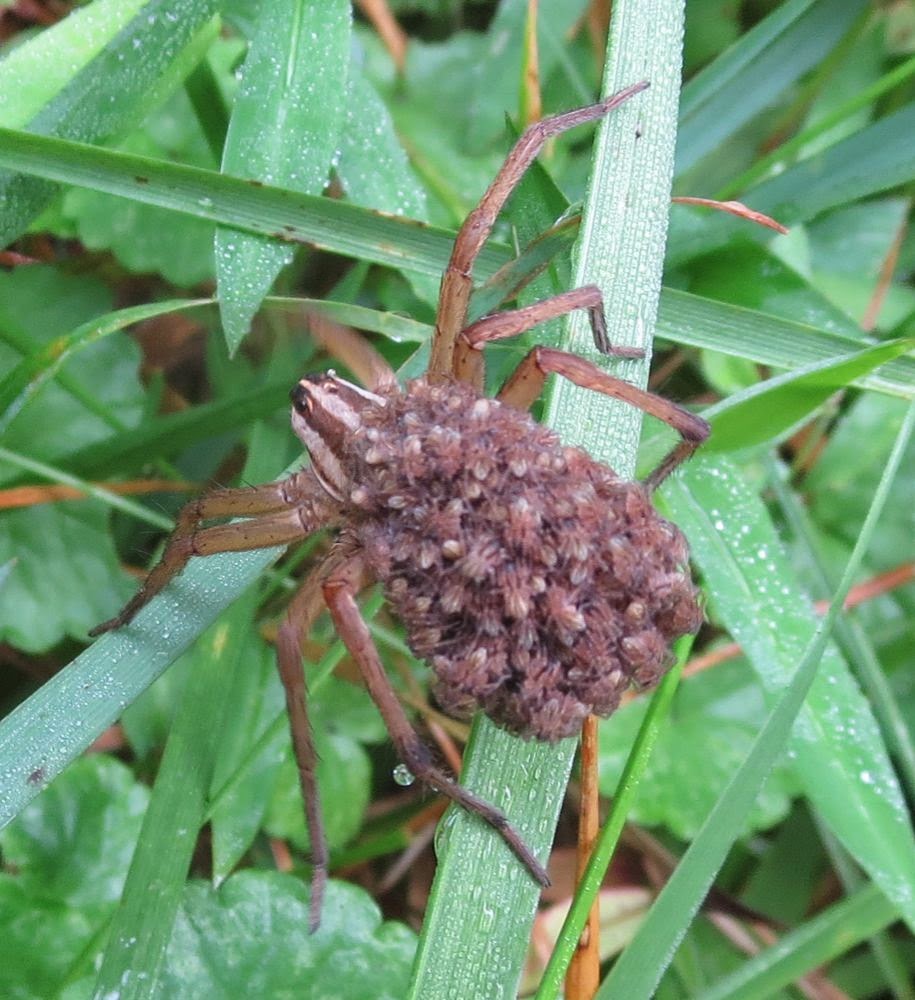 And this one, for such a fine clutch of baby spiders on its back.

There was an Argiope spider, sometimes called a writing spider or zipper spider, to compliment on its writing ability. If it crosses your mind that it might be the inspiration for the spider in E.B. White's Charlotte's Web, the web says you're right. 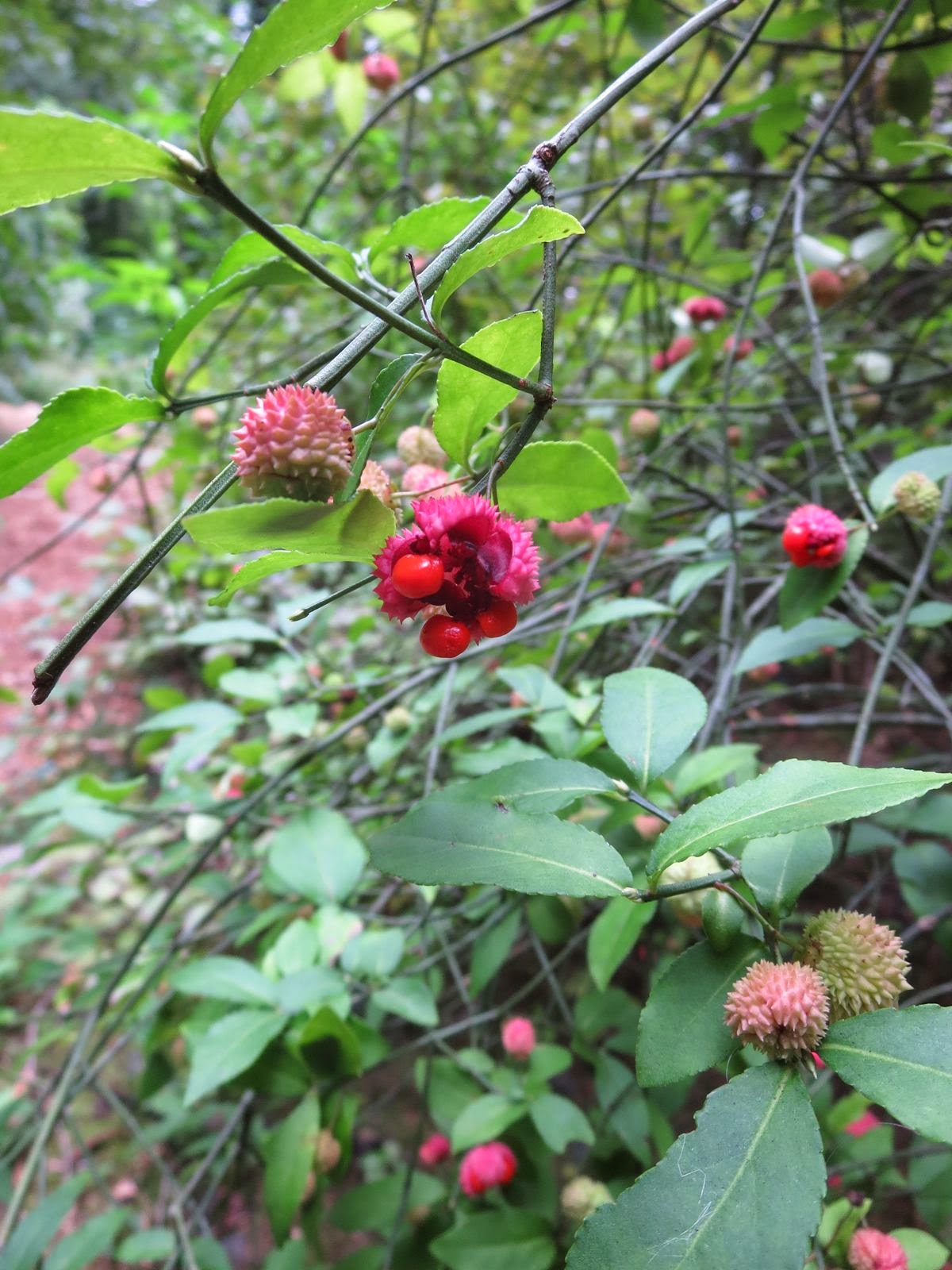 And then there was a native Euonymus shrub (Euonymus americana) to congratulate simply on being able to produce its ornamental seeds. This shrub is a favorite of deer, which makes this one's health a testimony to the advantages of nurturing nature in the city.
Posted by Steve Hiltner at Tuesday, October 07, 2014