Counting the Years on Pine and Spruce 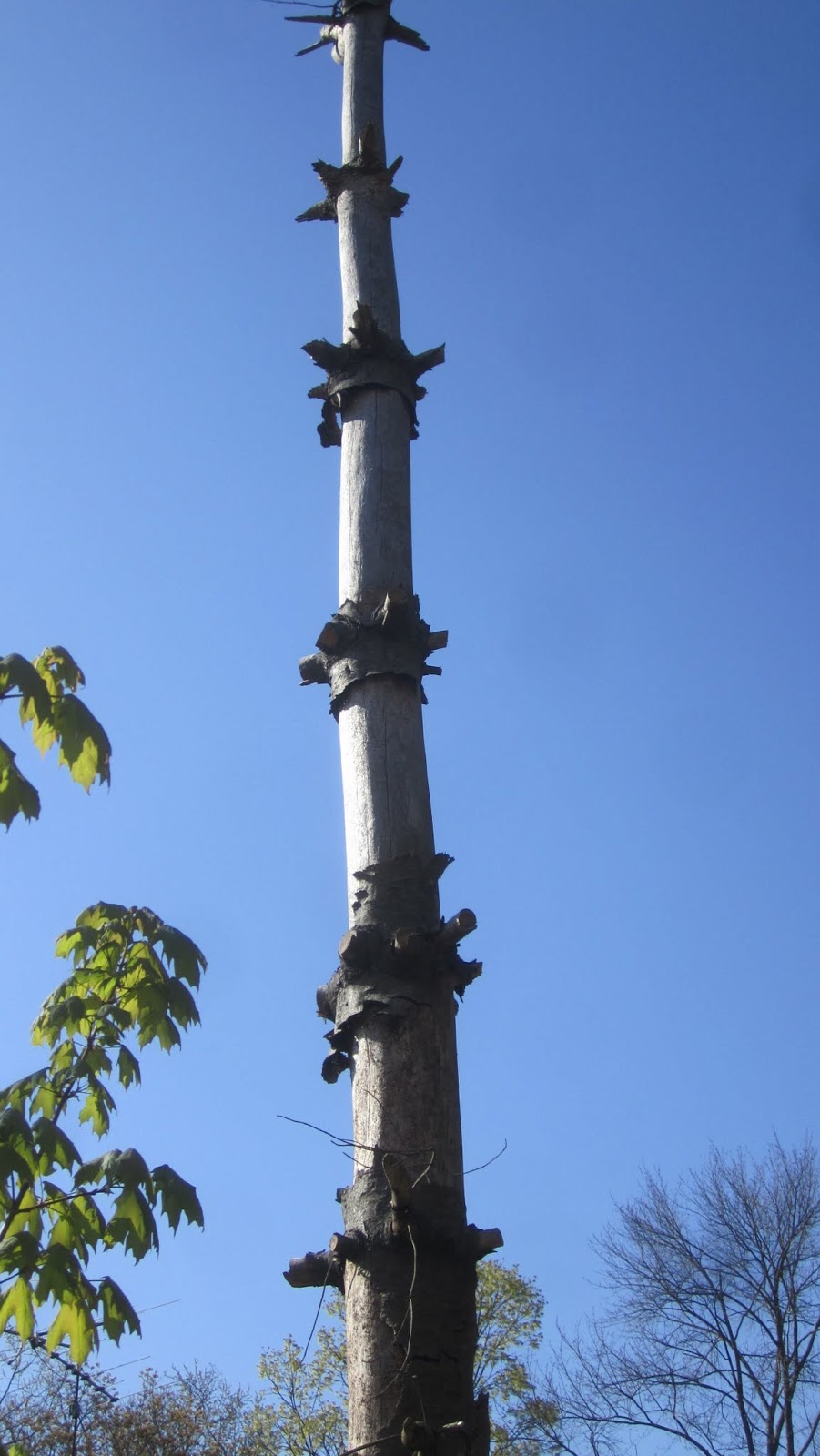 A neighbor's white pine tree, likely killed by the delayed effects of a scorching drought a couple years ago, shows clearly the whorls of branches that mark each year's growth. Count the whorls to determine the tree's age. 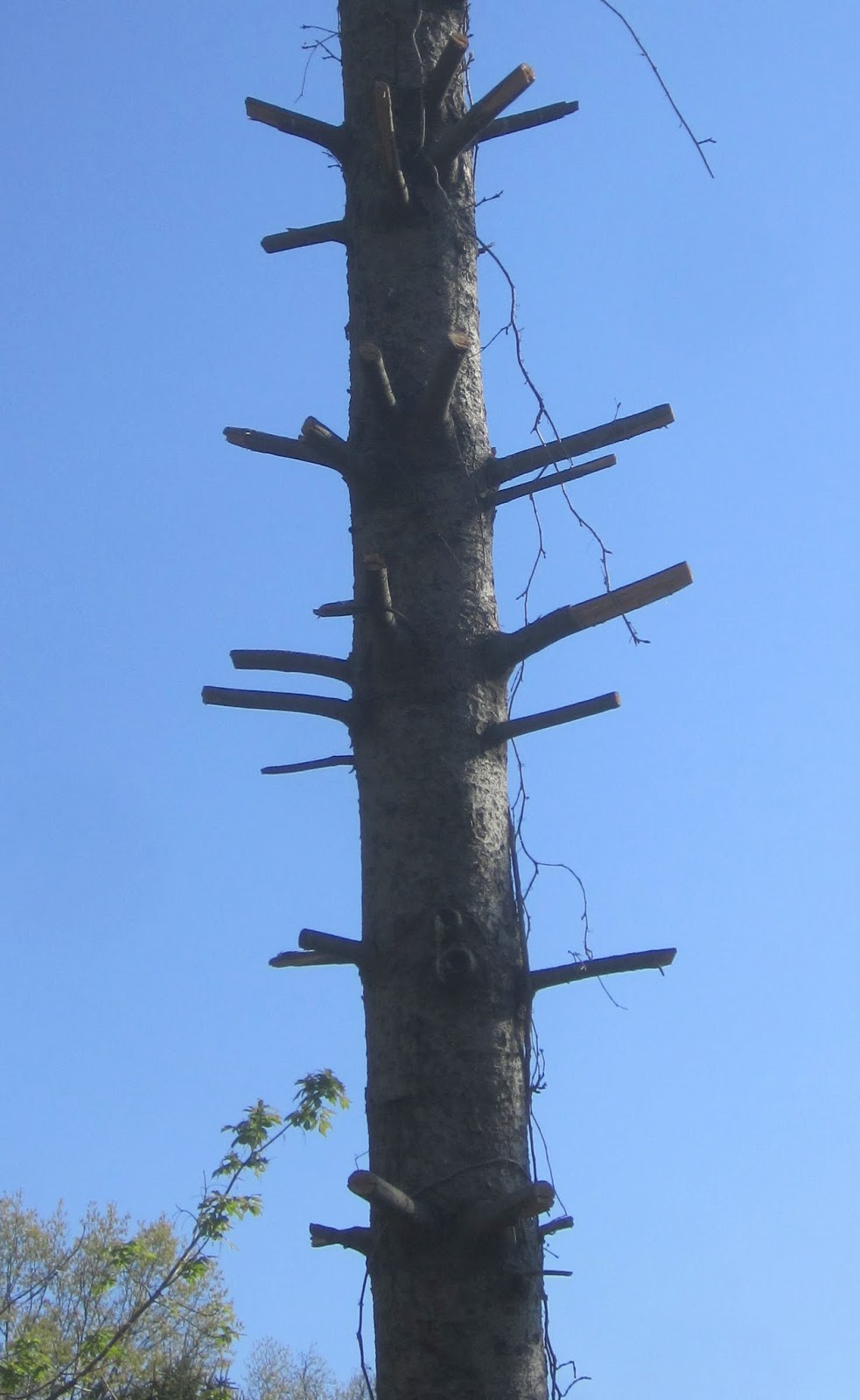 The remains of this spruce tree, traumatized by Hurricane Sandy, show a similar but less distinct whorling of branches. Many people refer to spruce trees as "pines", but it's easy to tell them apart. A spruce has much shorter needles, and the white pine's needles come in groups of five (the same number as letters in the word "white").
Posted by Steve Hiltner at Monday, April 29, 2013