Good News and Bad About Roses at JW Middle School 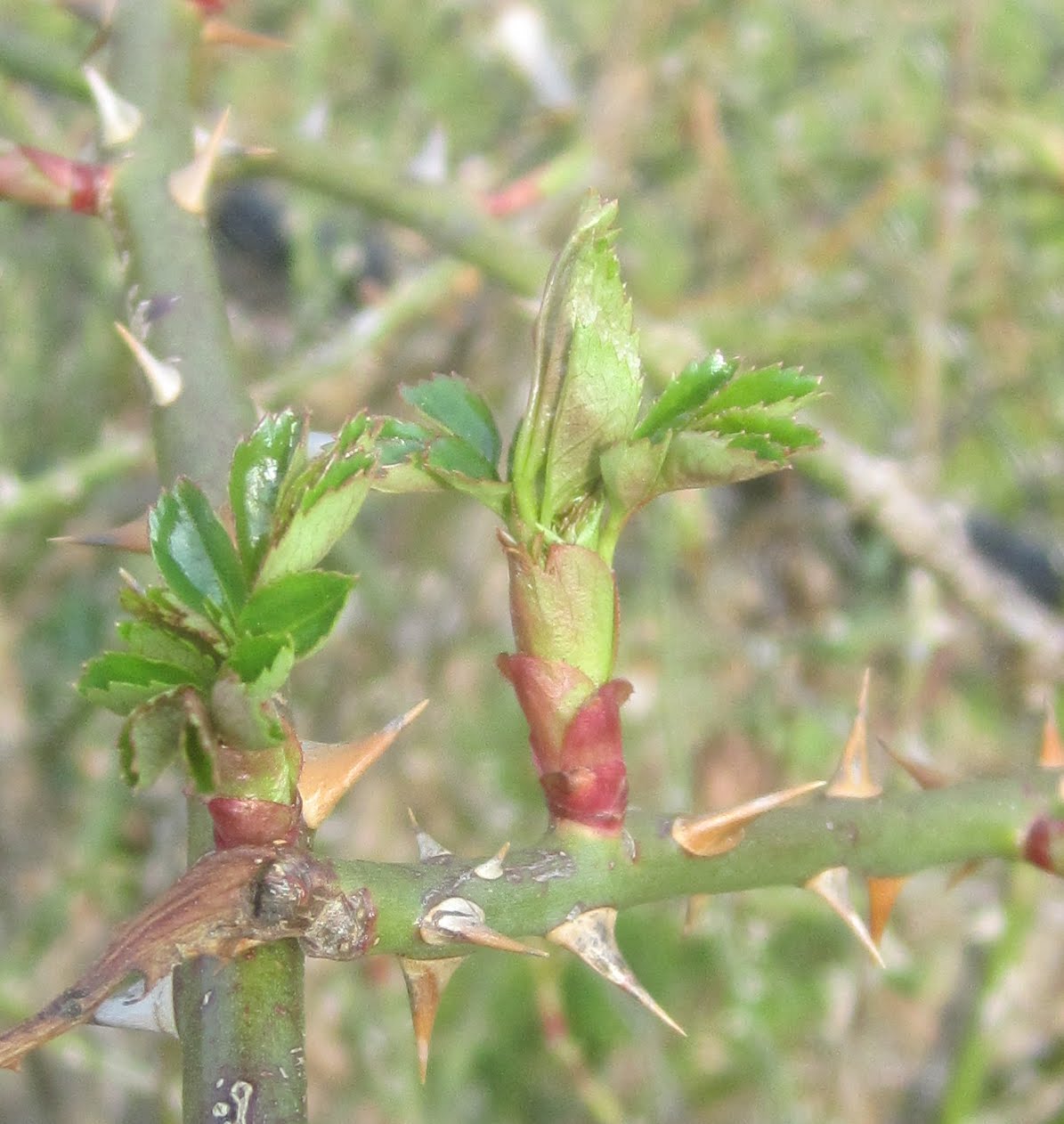 In the sudden heat wave, new growth is springing from the thorny branches of a row of rose bushes bordering JW Middle School. There is promise of flowers, but with these particular rose bushes, the good news is mixed with bad. 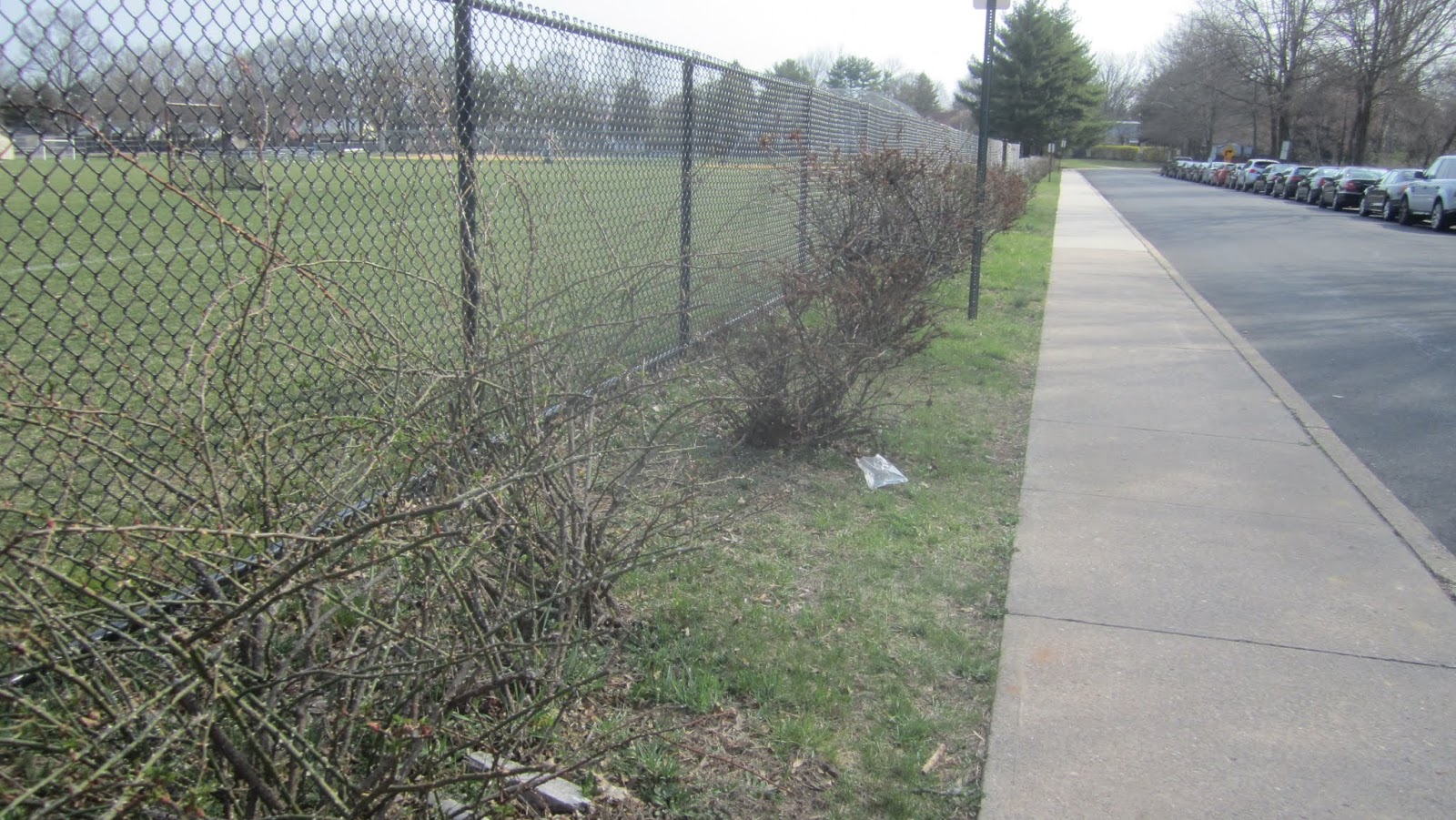 Most gardeners at some point plant a shrub too close to a walkway. These rose bushes have proven particularly unforgiving of that common mistake, sending out long, thorny branches across the sidewalk to draw blood from kids on their way to and from school. 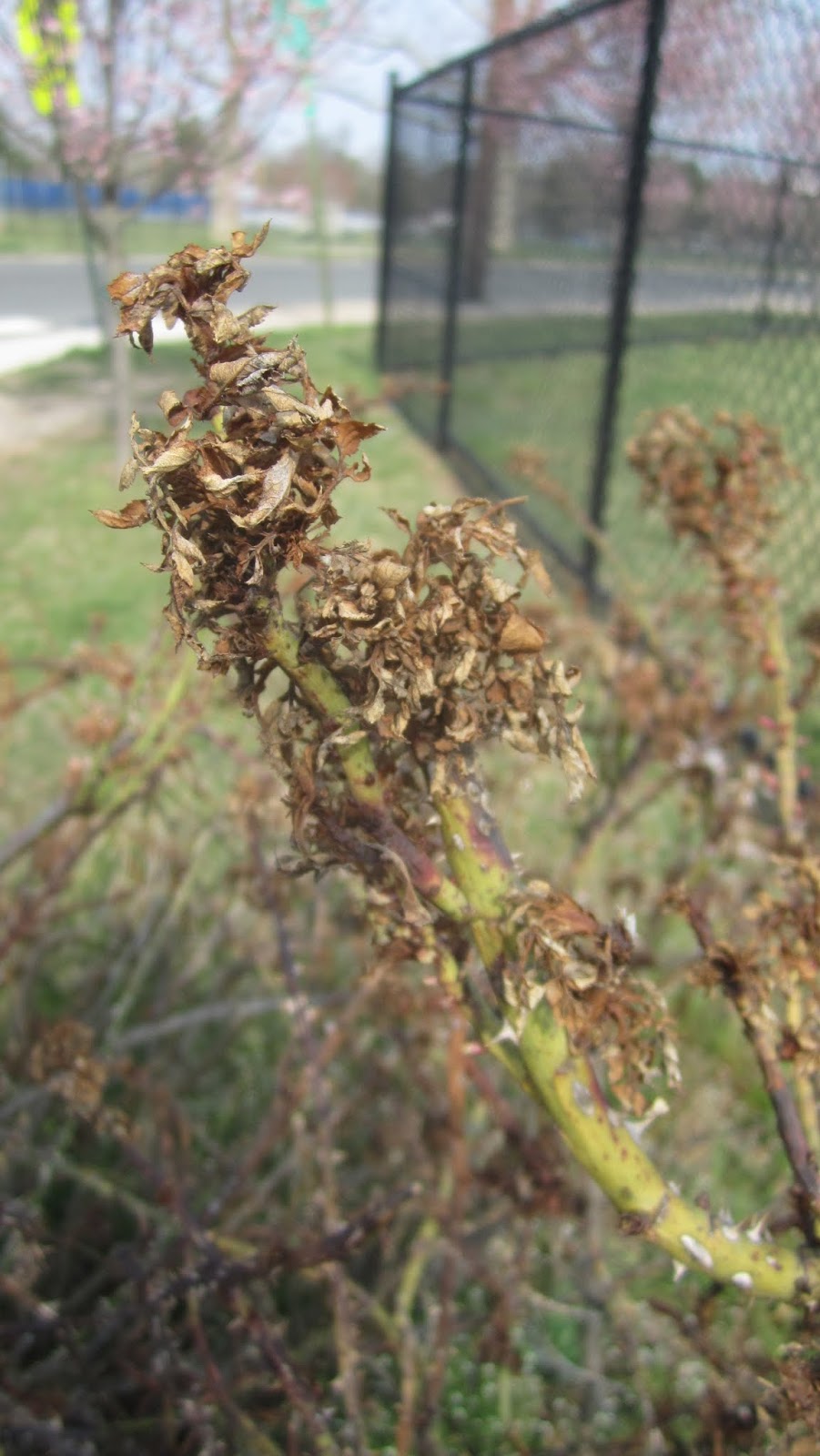 The grounds crews have been better about keeping the shrubs trimmed, but an unlikely ally may eventually make their interventions unnecessary. Rose rosette disease, which has spread to New Jersey from the midwest, has been knocking out many a rose, including these. Some of the bushes here appear completely dead, while others appear unaffected. In the interest of pedestrians, I'm cheering for the disease, and a replacement planting of natives shrubs, like fothergilla or Virginia sweetspire, whose flowering doesn't come with spines attached.

By debilitating the once rampant growth of invasive multi-flora rose in NJ's nature preserves, the disease thus far has been of great assistance to land managers seeking to restore native diversity. Stunted growth of invasive species allows natives to better compete for sun and water. Though the disease has unfortunately affected some roses planted by homeowners, as far as I know, the native roses such as the swamp rose have not been affected--a miracle for land managers used to bad news for native species.

Some of the multi-flora rose bushes may in time prove immune to the disease, and spread to once again plague our natural areas. But in the meantime, the disease is doing what no number of land managers could possibly find the time and energy to do.
Posted by Steve Hiltner at Wednesday, April 10, 2013