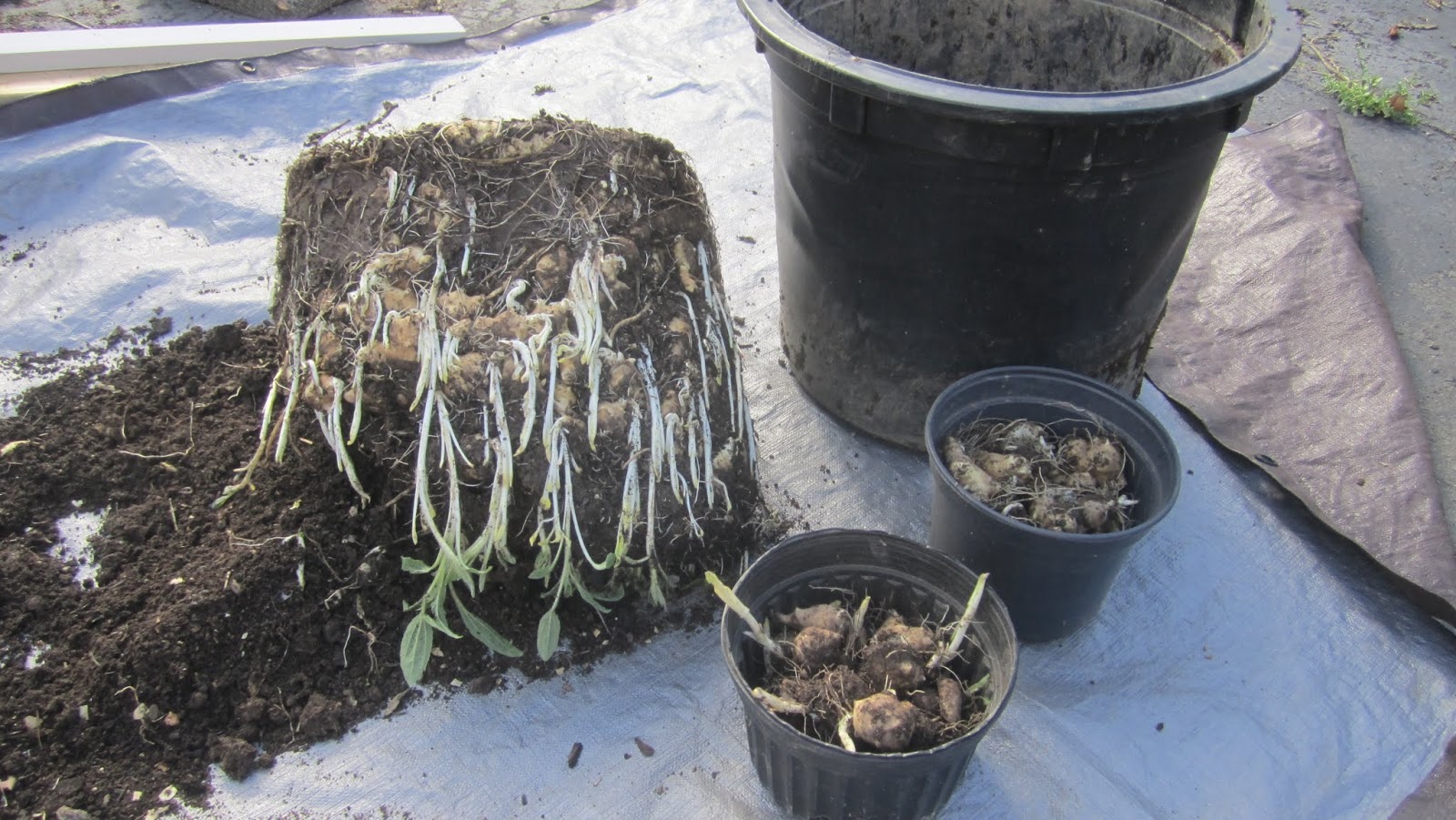 Yet again I forgot to harvest the sunchokes sooner, but even though they've sprouted they seem worth the harvest.

And what a harvest it is. Because this beautiful, ten foot high native sunflower with tasty tubers spreads underground so aggressively, I planted it last year in large plastic tubs. The plants were unfazed by the confinement, and produced an incredible quantity of tubers, 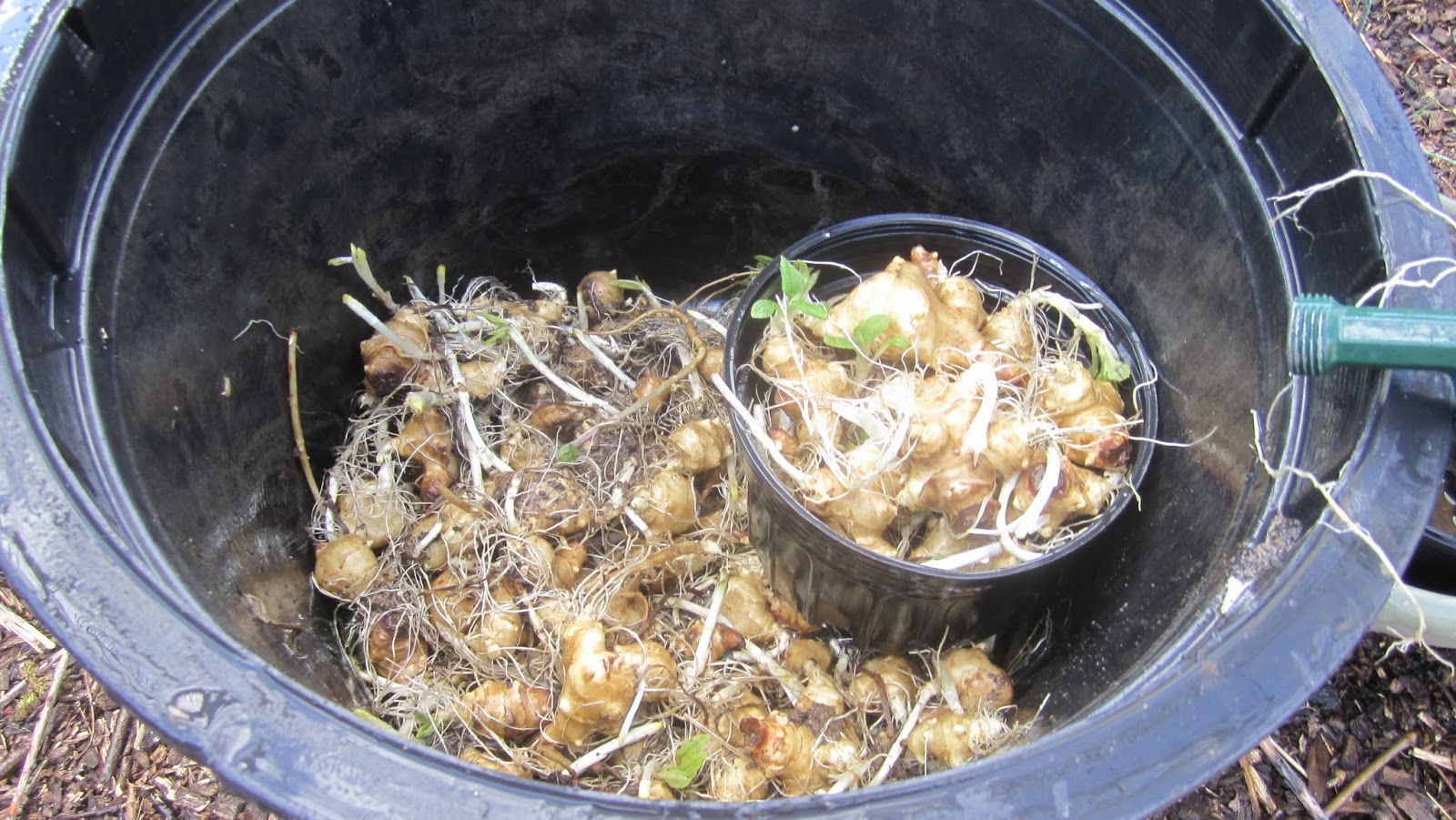 which when separated from the dirt and hosed off still filled the tub a third full. 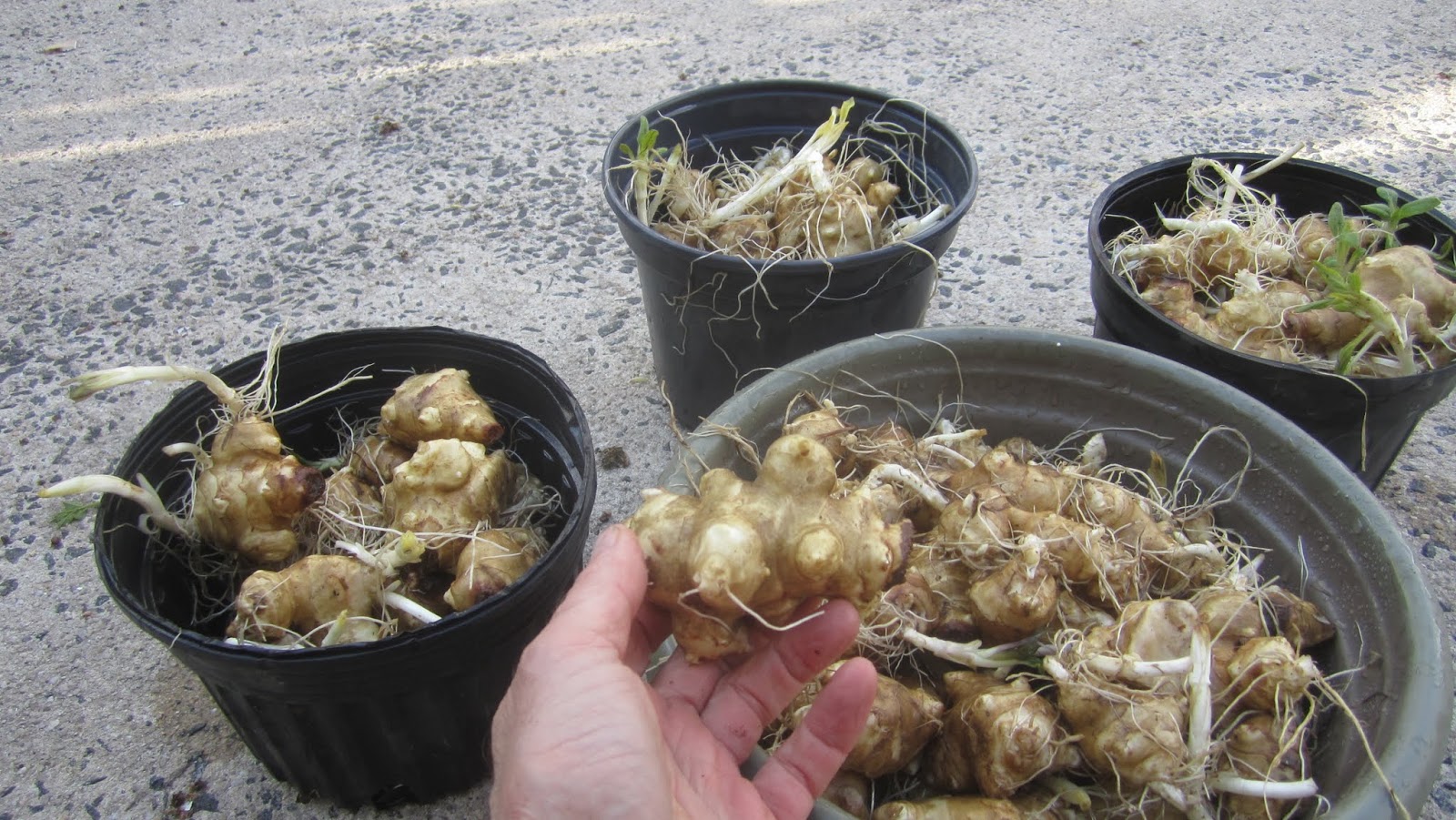 Some of the harvest was immediately sliced up, coated with olive oil, and roasted on a grill, garnering lots of positive response at the dinner table.

What started as two tubers--bought at the Whole Earth Center, planted in the tub and placed in a sunny spot--turned into a harvest of 75 tubers that will keep well in the frig. They can be eaten raw, with or without the skin, or cooked in various ways. Recipes are easy to find on the web.
Posted by Steve Hiltner at Sunday, April 21, 2013