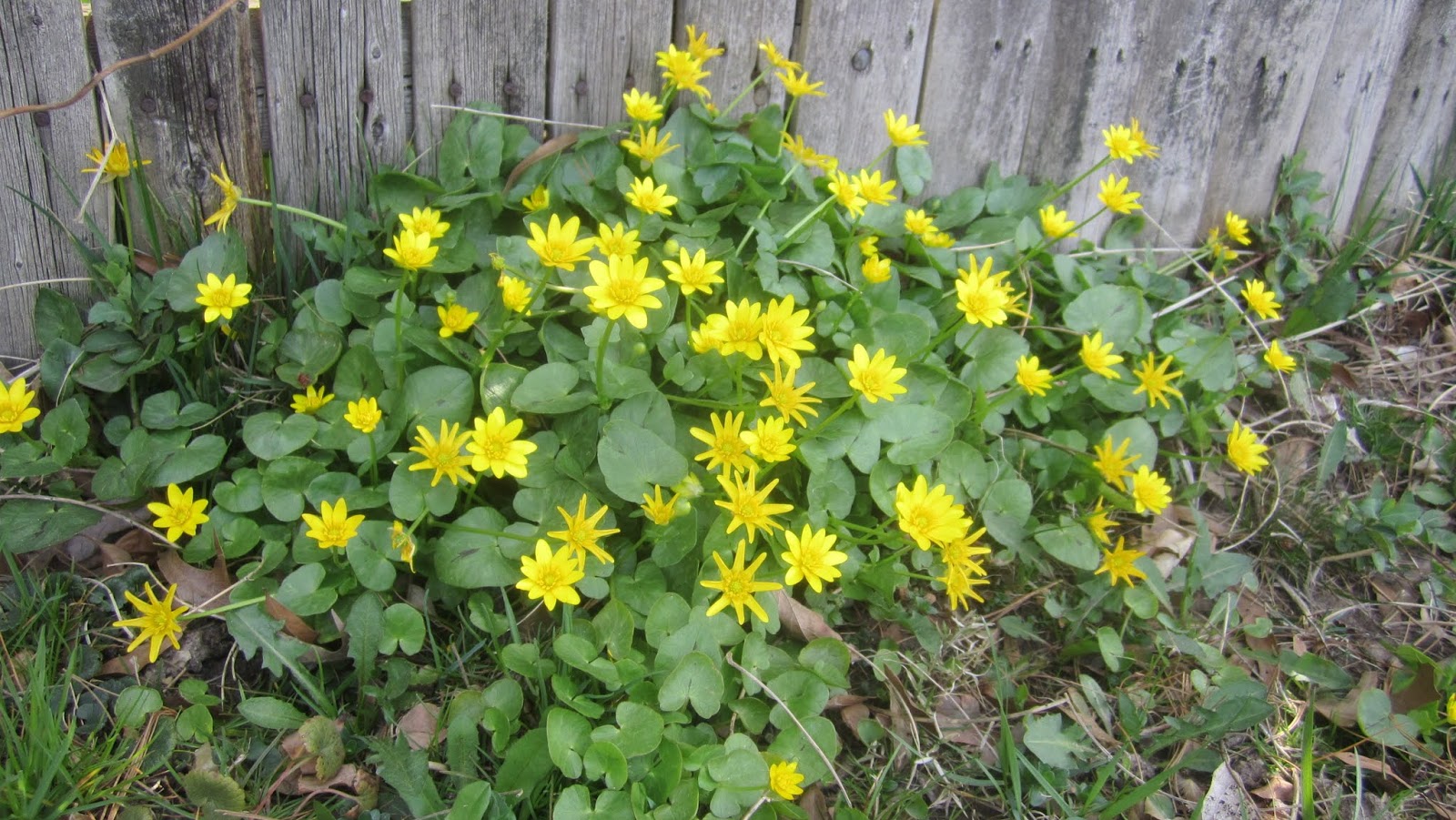 Here is lesser celandine, which people tend to like at first, but then soon regret as it starts to take over the yard. A non-native spring ephemeral, the leaves will die back in a couple months. It's often mistaken for marsh marigold--a native that is larger and so rare I've never seen it growing naturally hereabouts. Though it's pretty, I recommend digging out the highly invasive lesser celandine as soon as it shows up in your yard, and before it sets seed. There's another (unrelated) wildflower called celandine, in the poppy family, that blooms later and is not invasive. 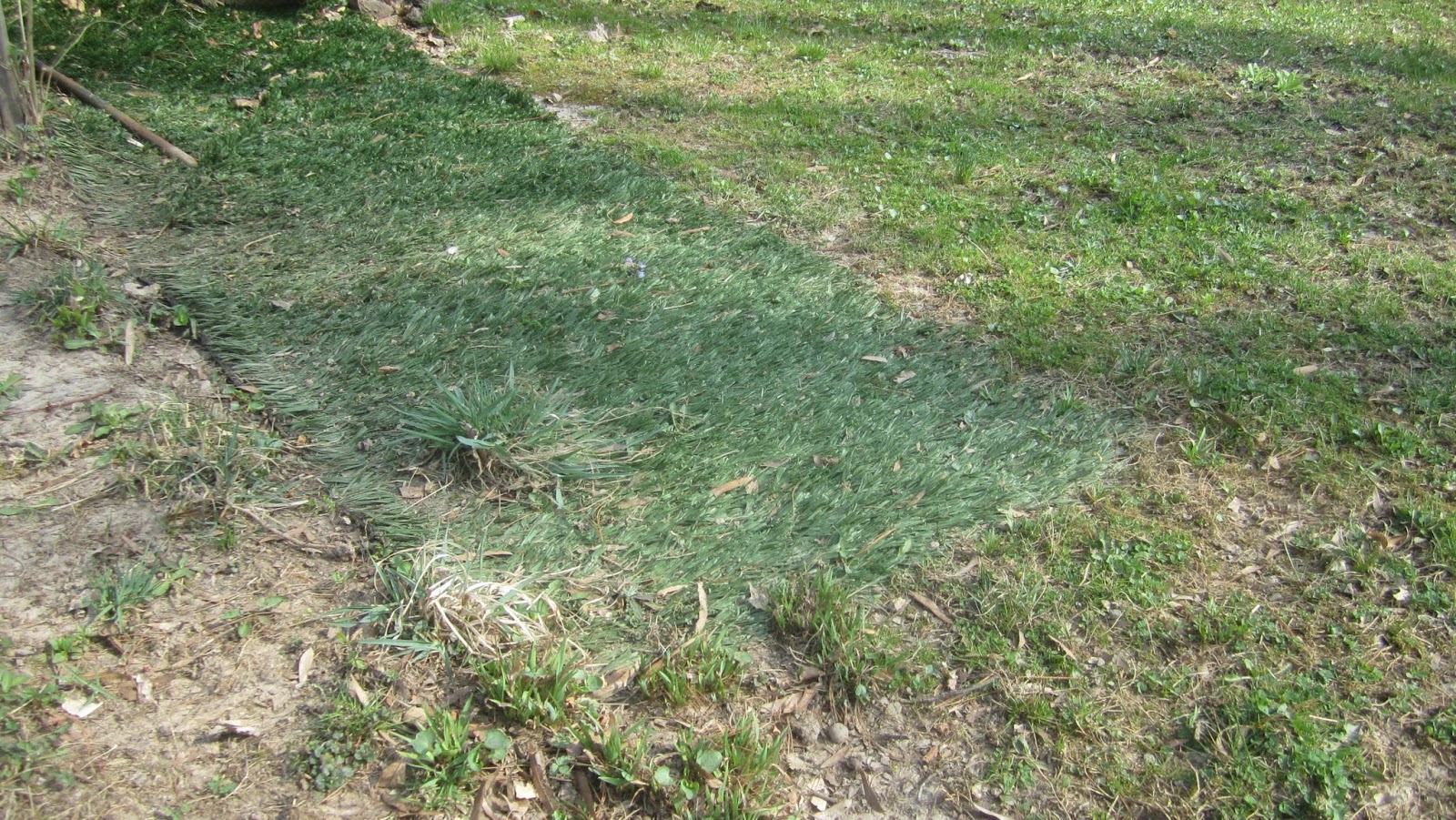 Another exotic, but not known to be invasive, is astroturf, here used by a neighbor as some sort of lawn bandage. 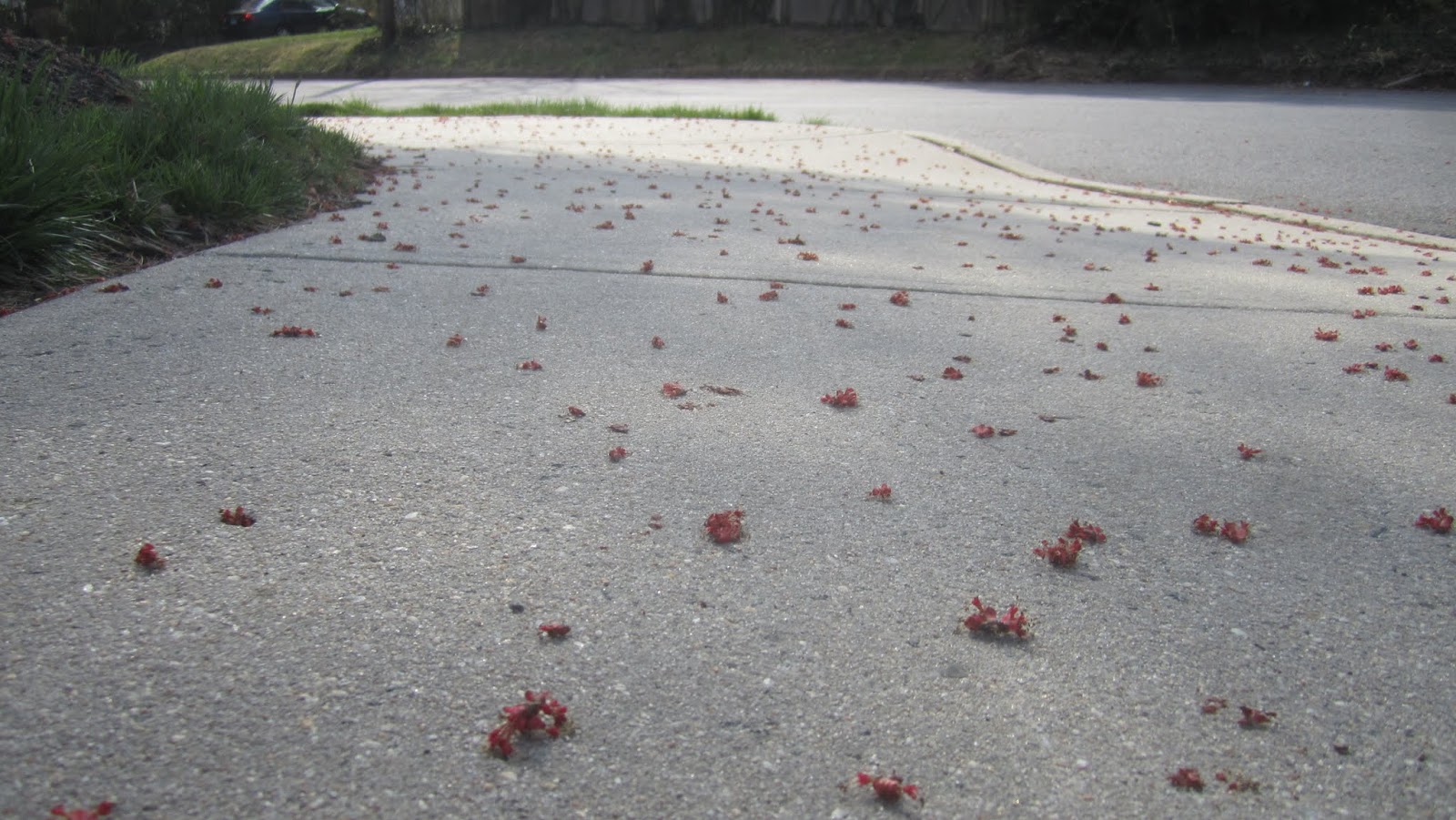 In the "look down to see what's up" category are the spent flowers of red maple scattered on sidewalks all across Princeton. 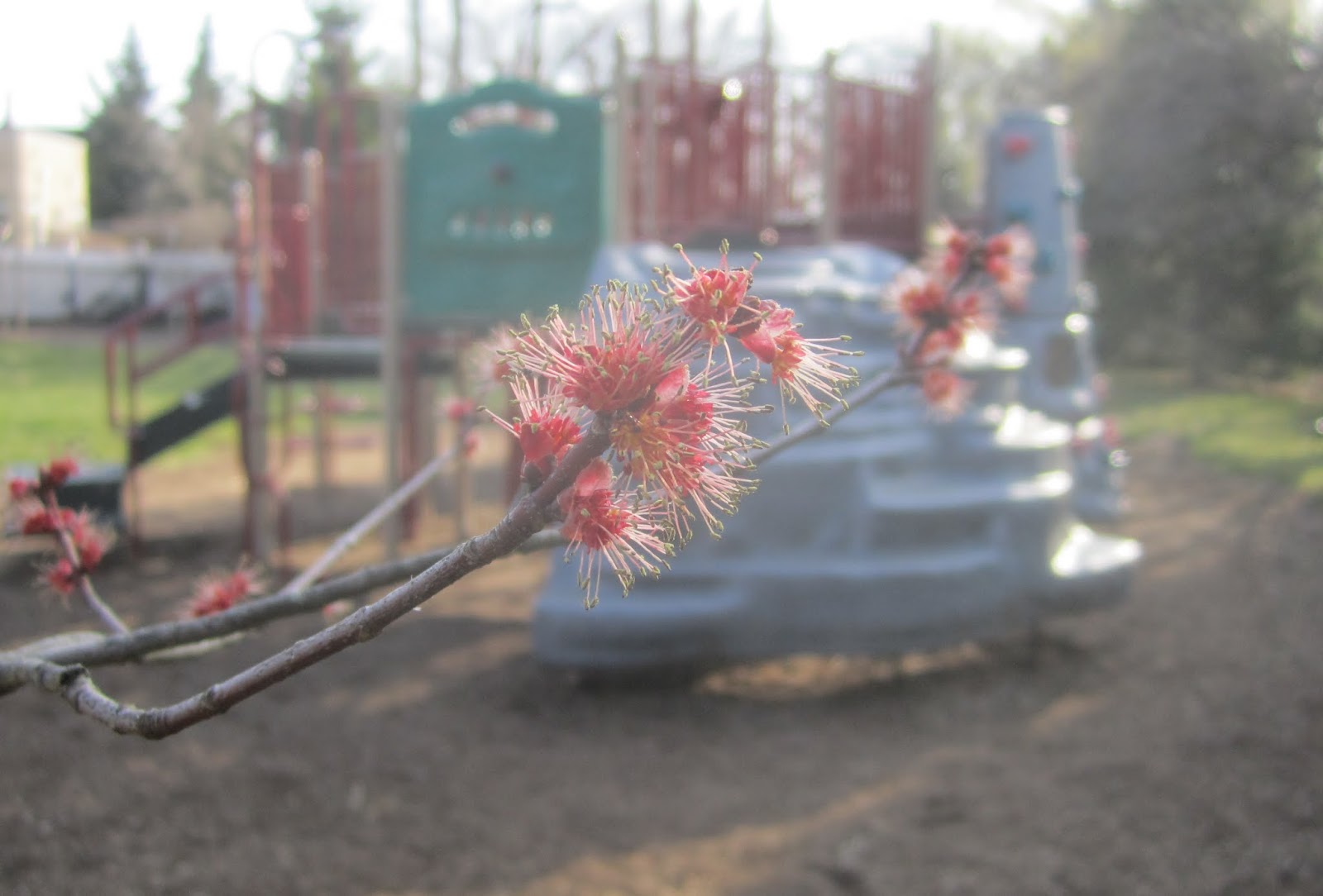 Here's the flower on a red maple donated to Potts Park a few years back in honor of a new-born son. The play equipment the tree is intended to eventually shade is in the background. Anyone who has felt how hot play equipment can get in the summer sun understands the need to get some trees strategically placed on playgrounds.
Posted by Steve Hiltner at Thursday, April 11, 2013