Giving Names to Clouds of Color 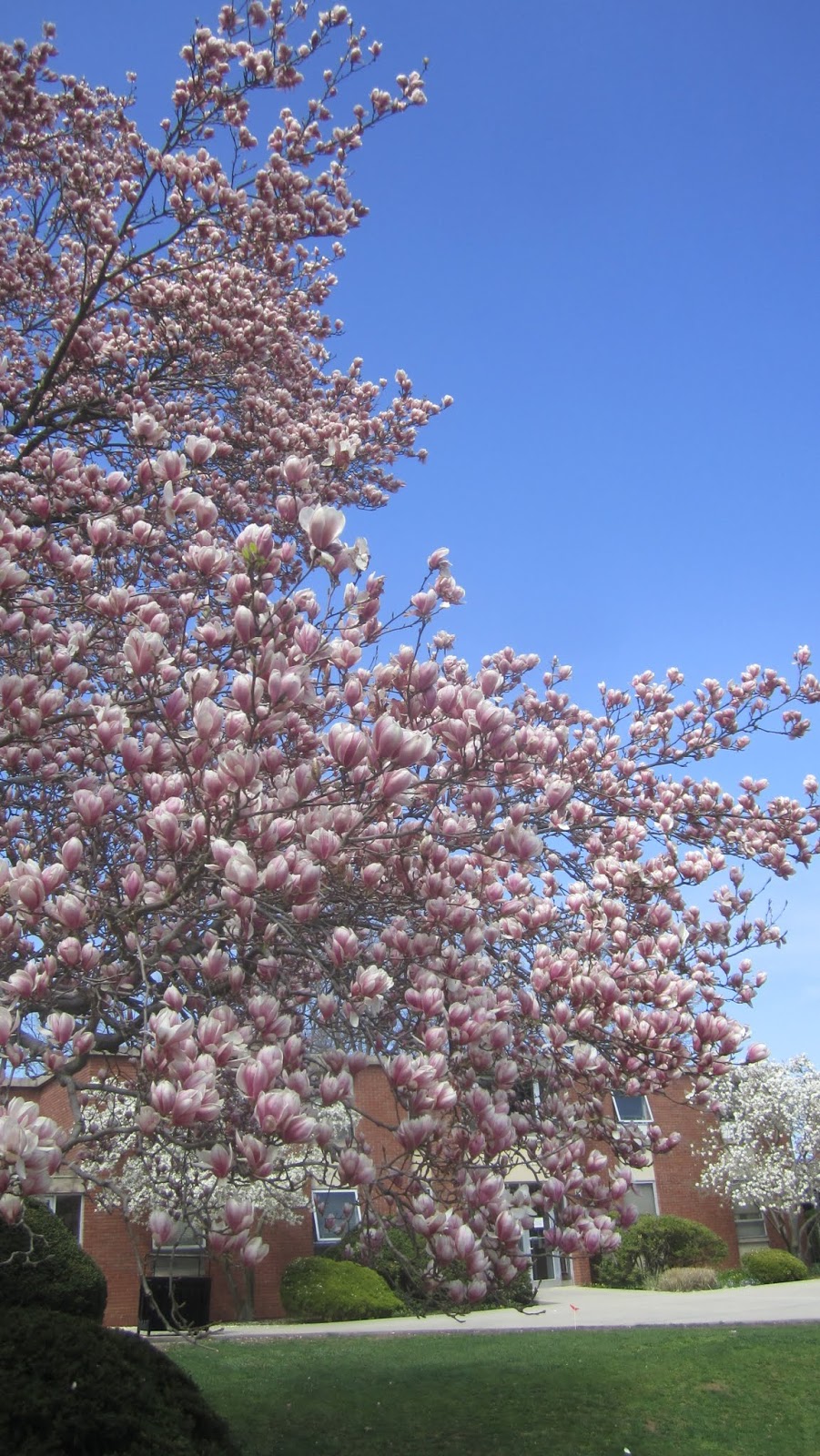 Spring can be seen as a slow-motion version of the Santa Claus-shaped lights a neighbor had this past December, which changed color every few seconds, cycling through seven or eight colors before beginning again. Each kind of plant advertises itself through color for a week or two before stepping back into the obscurity of the green chorus. This Magnolia (presumably "x soulangeana") at Westminster Choir College is busy proclaiming MAGNOLIA!! in the full-throated fashion of an operatic voice drifting across the lawn from a nearby practice room. 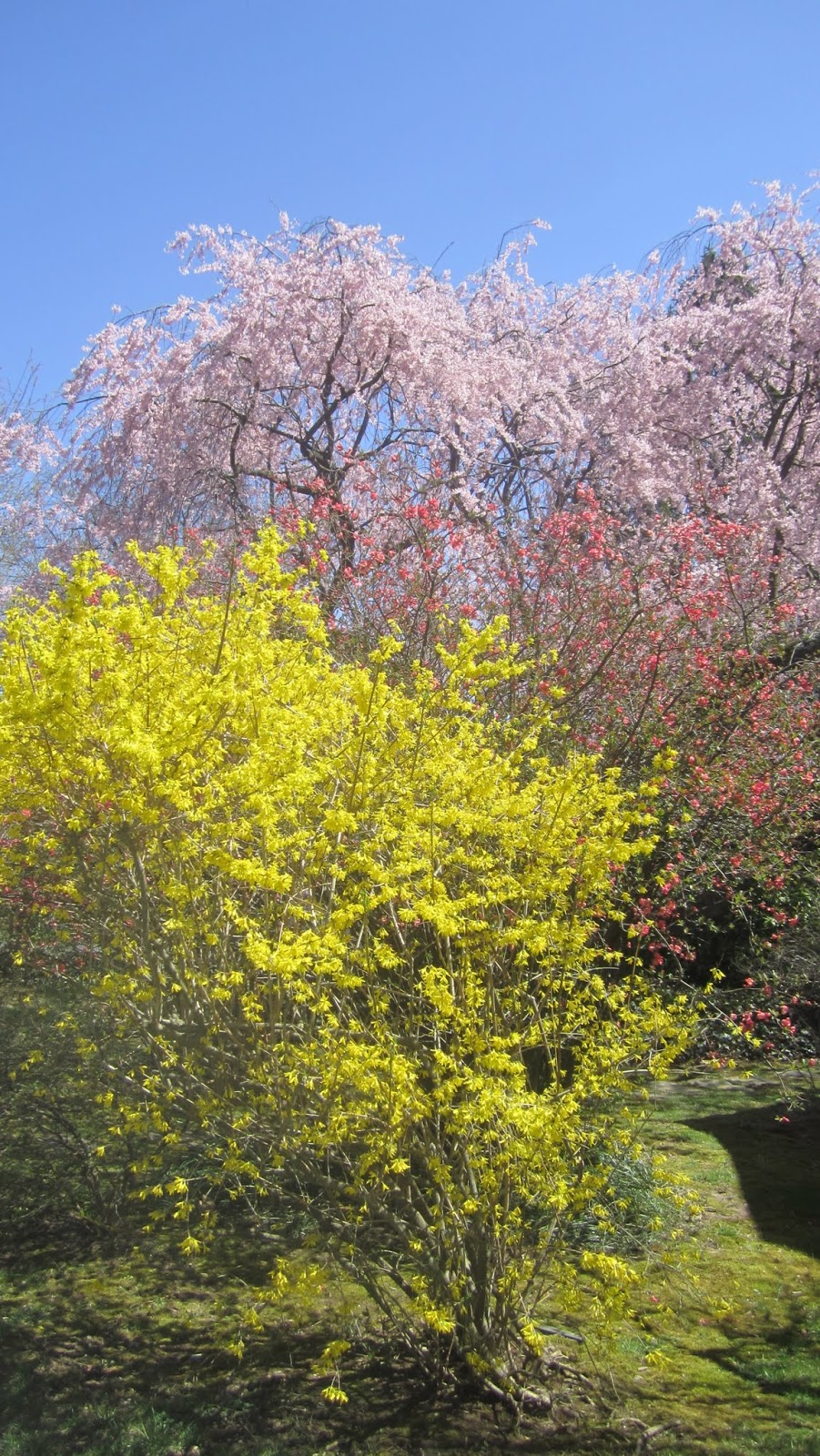 Other major color-producers in the area are this trio of forsythia, flowering quince and some exotic cherry. 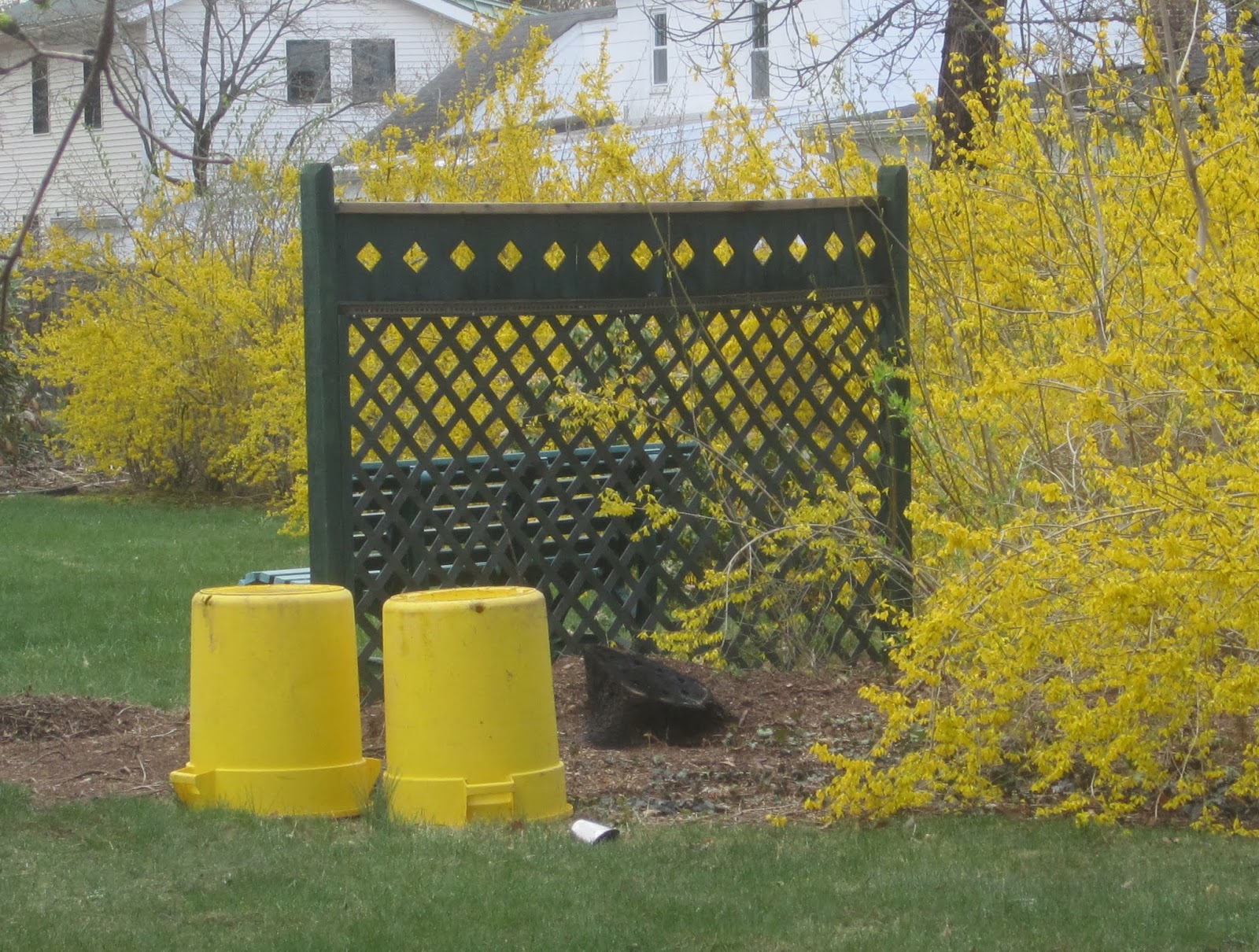 Forsythia gets a bad rap sometimes, but at least it doesn't invade natural areas, and it can be more or less graceful according to how it is trimmed. I like the way it gives the two bins in this "Recycling Gothic" photo a sense of place. 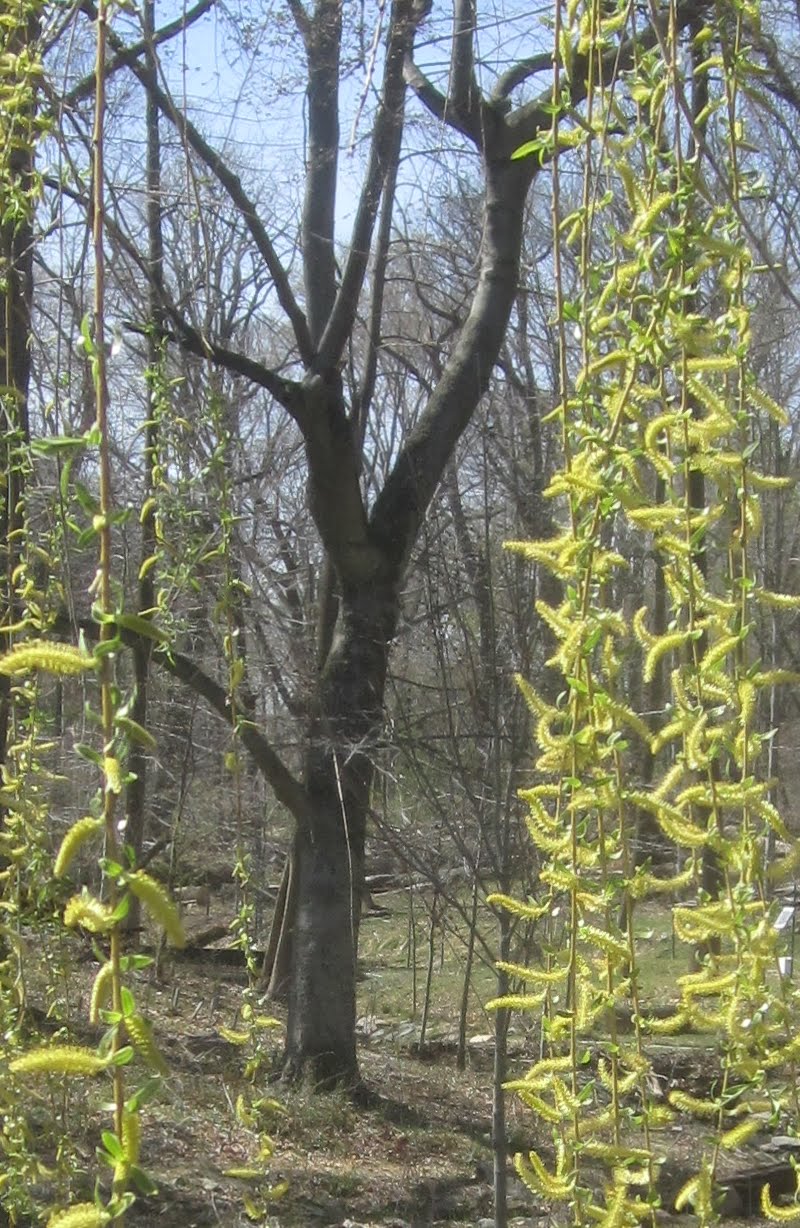 More of an enjoyable challenge for naming, often while driving or biking through town, are the comparatively subtle clouds of color that drift through the spring season--early stirrings in a long dormant forest. Garlands of weeping willow weep for the downed trees in the hidden valley just up from Faculty Road. 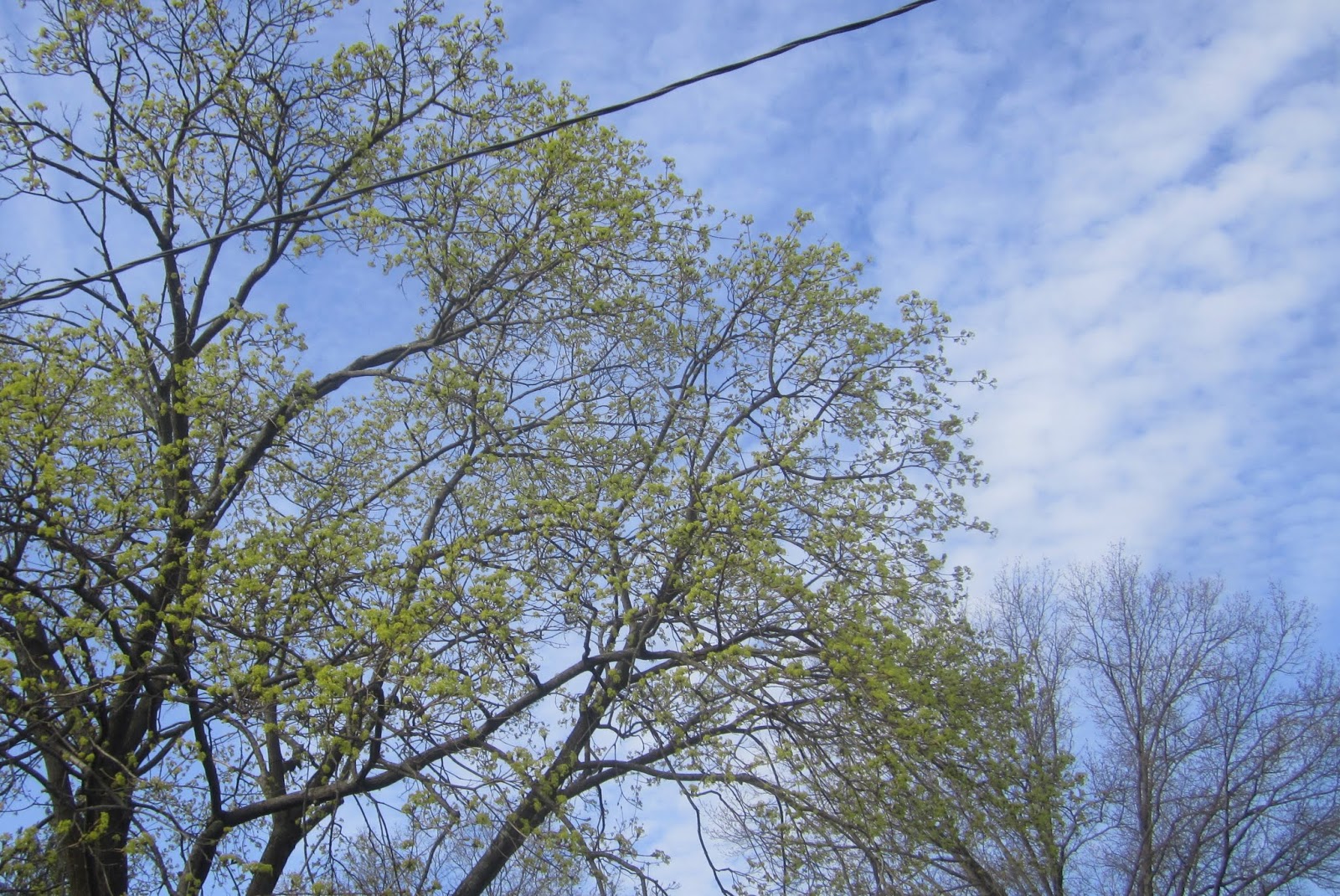 Reminding all of their ongoing success at sprouting up in backyards, Norway maples make clouds of pea-green, 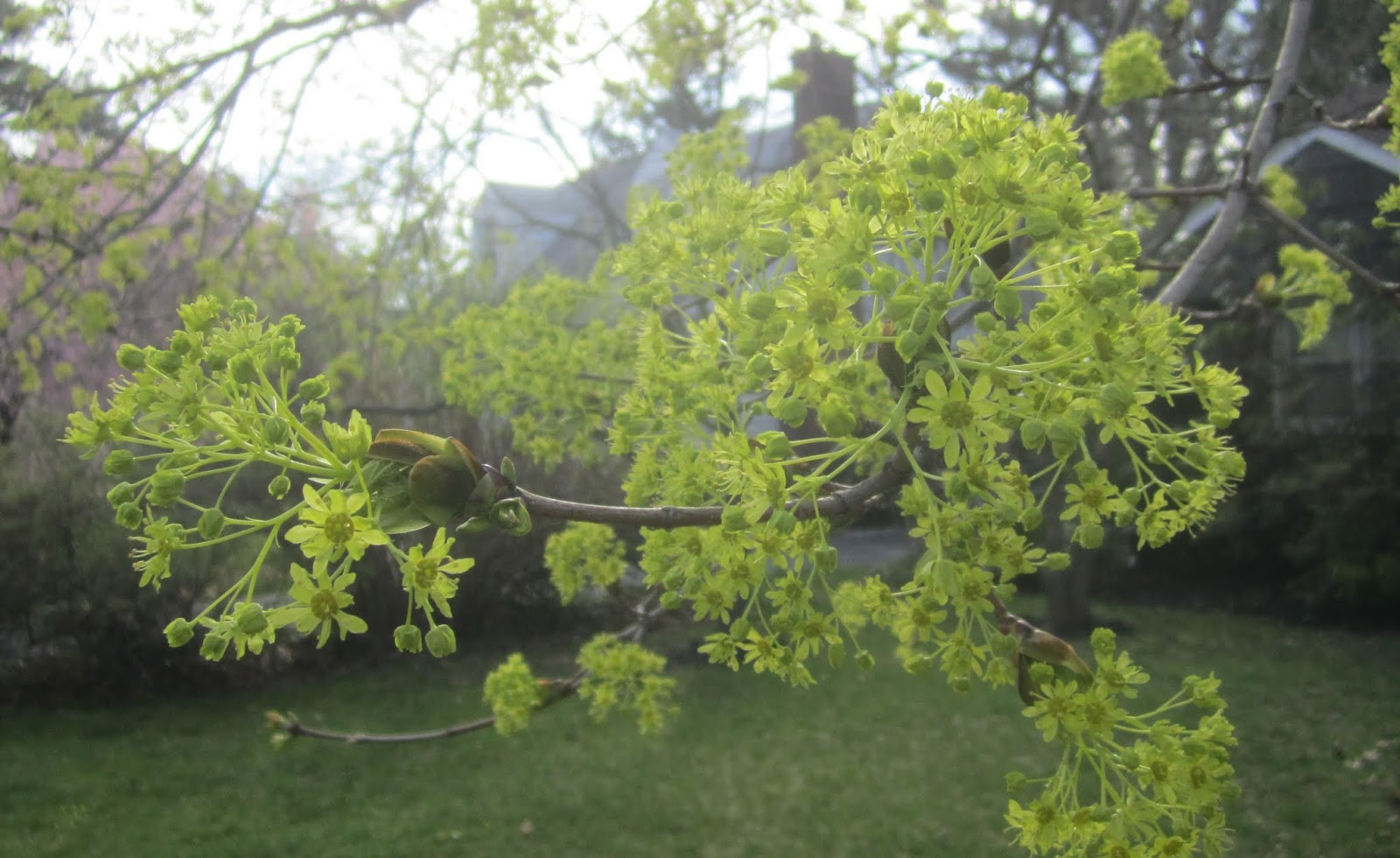 as if spring rains had caused the ample color of the crossing guards' new jackets to leach  into nearby trees.

Other clouds of subtle color--spicebush's yellow, red maple's red--greet us in spring with a pleasing and missed familiarity, like the schoolkid parents first met at daily elementary school pickups, but now seen only at an occasional middle school concert. 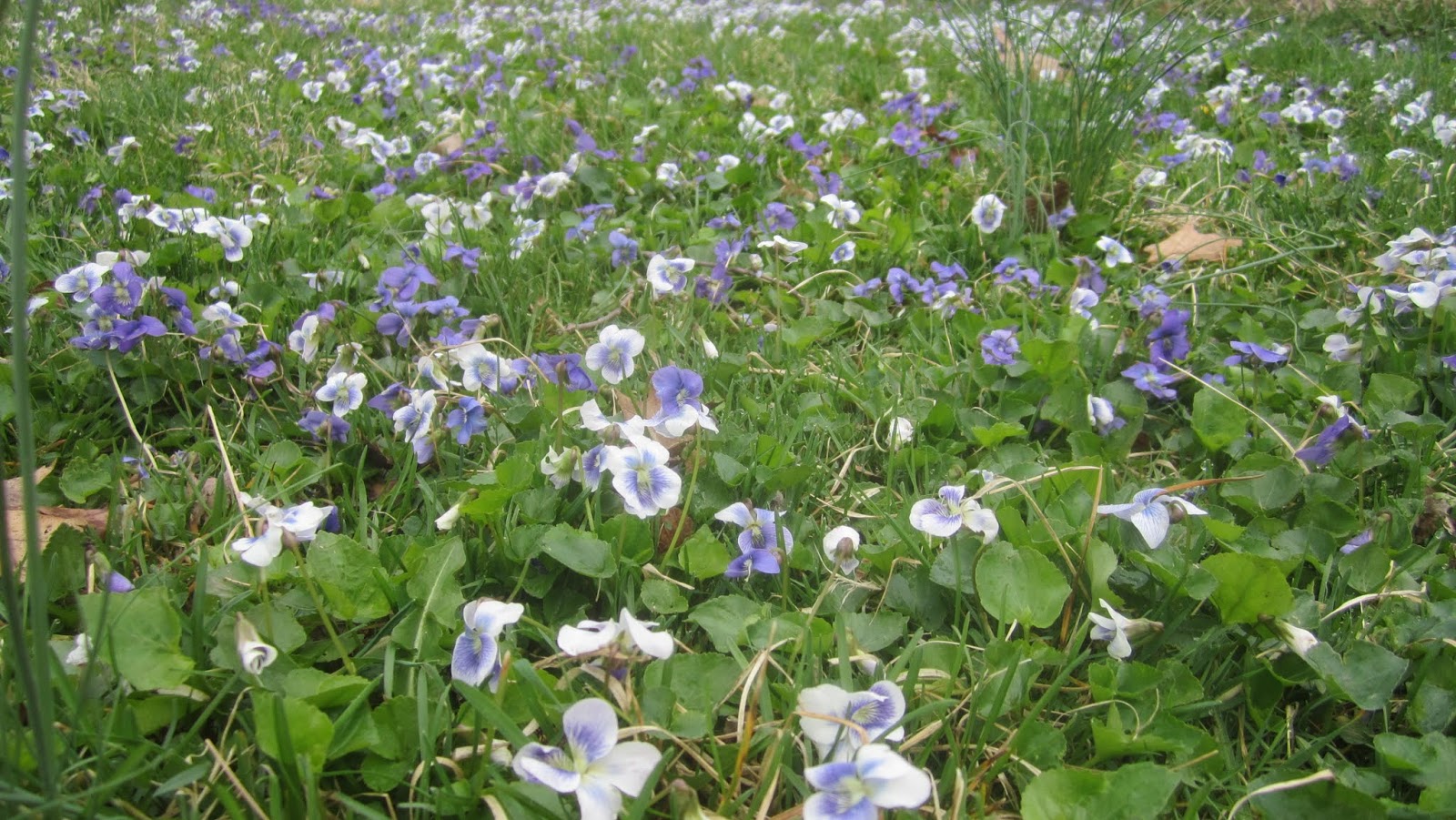 Even a lawn offers clouds of color, in this case a highly edible cloud of violet (Viola sp.) flowers.
Posted by Steve Hiltner at Friday, April 19, 2013