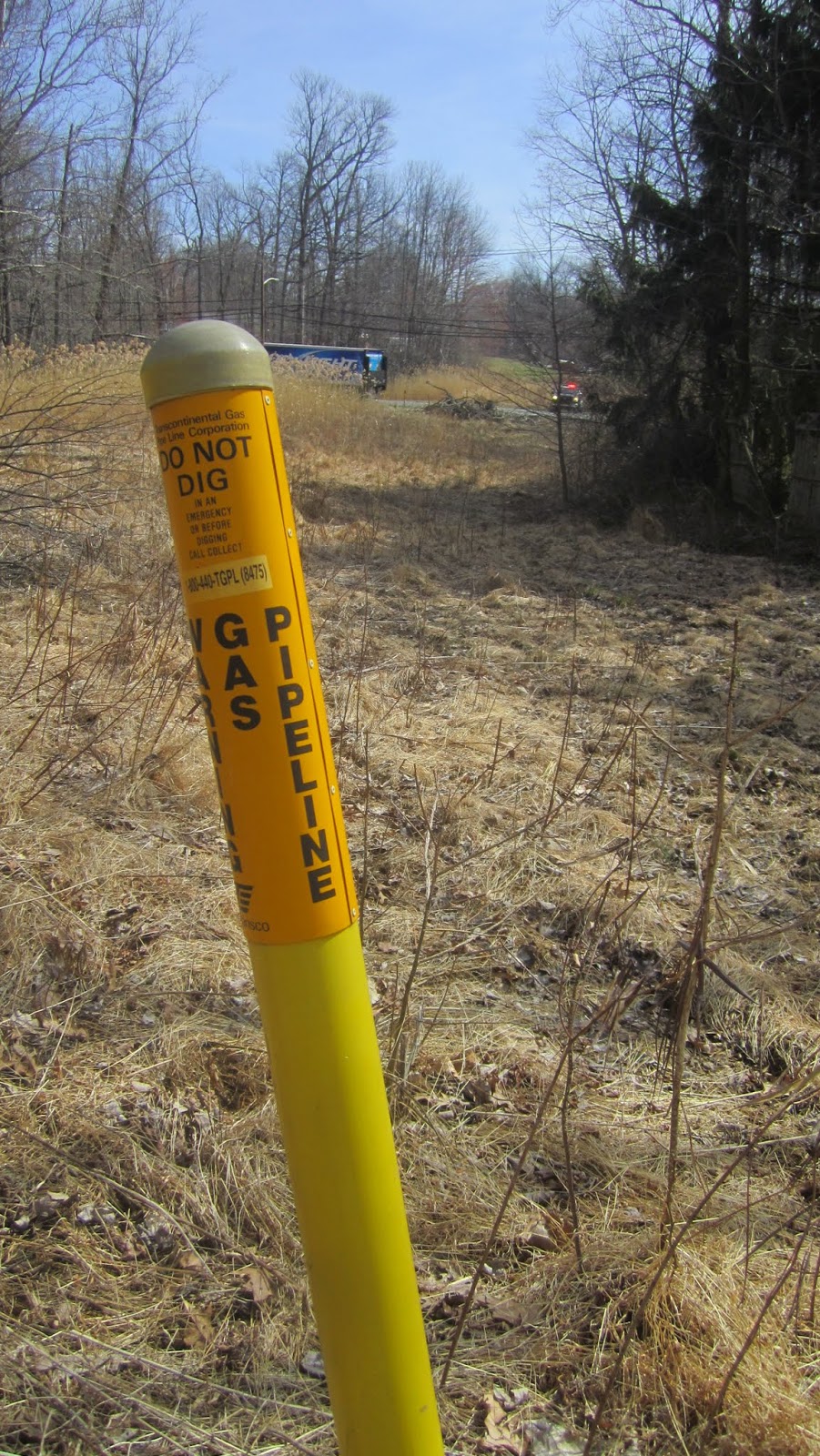 Many of us have been mildly aware of the transcontinental natural gas pipeline that runs through Princeton. We cross it most every day, on Route 206 just up from the Ewing intersection, as well as on Bunn Drive, the Great Road, Cherry Hill Road, and other roads that traverse the high, boulder-strewn ground of the Princeton Ridge. (More info on the issue and the April 11 public meeting on the proposed expansion at the following links: 1) meeting and background, 2) opinion piece comparing regulation of tobacco and fossil fuels).

The pipeline also cuts through Mountain Lakes, Herrontown Woods and other natural areas. Though a matrix of woodland and field can provide more diverse habitat for plants and wildlife, a linear swath cut through forest has the unfortunate effect of providing access into the forest for catbirds, which lay their eggs in other bird species' nests and therefore reduce the survival chances of bird species that need deep forest habitat.

The usefulness of these herbaceous right of ways, which are mowed annually, for grassland birds is limited. My understanding is that many grassland bird species shy away from meadows that have trees close by, where predators like hawks can perch and survey the ground. Even the fields at Tusculum, between Mountain Lakes and Cherry Hill Road, may not be large enough for some of the grassland birds. 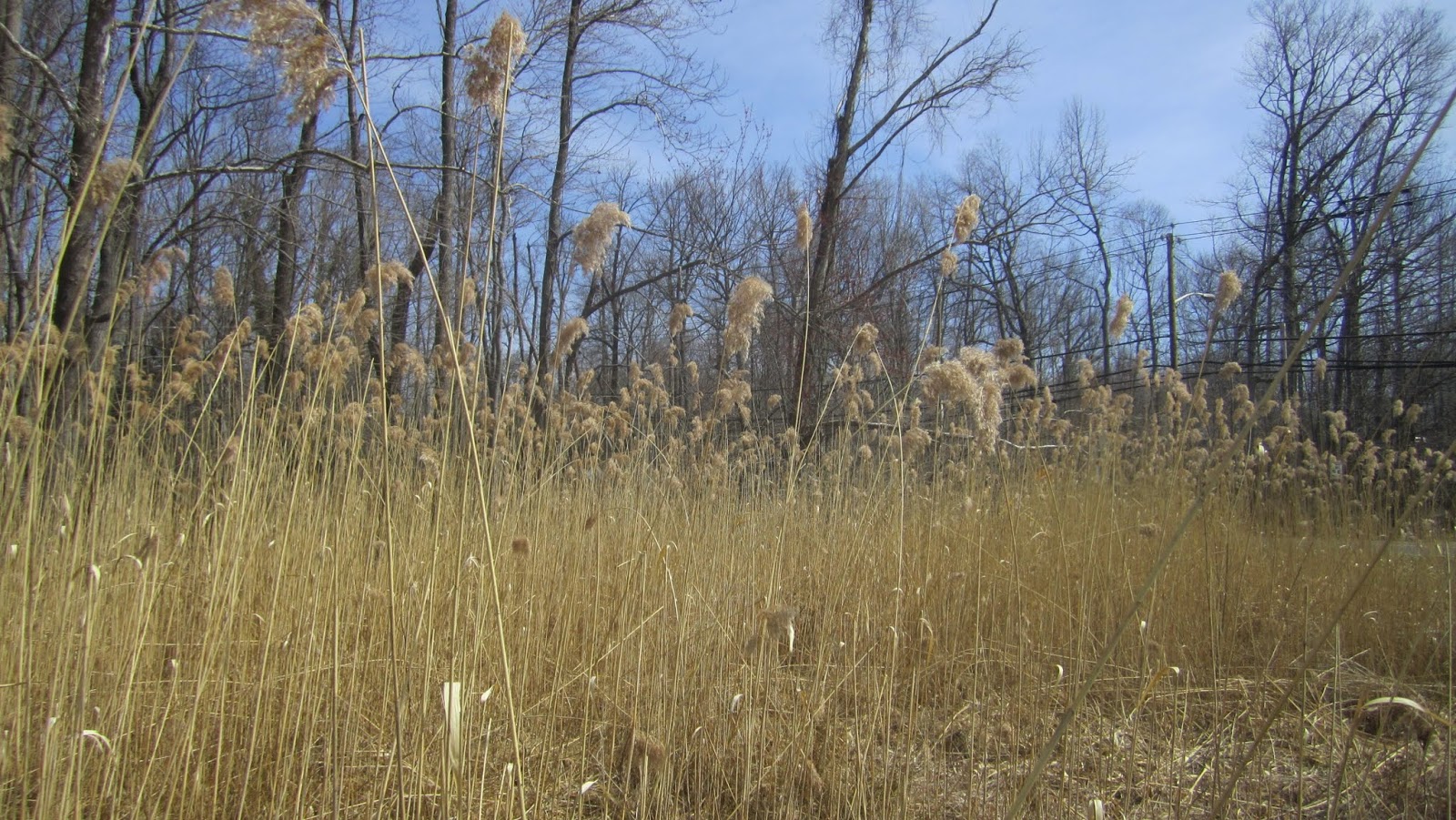 Pipeline right of ways also promote the spread of invasive plant species such as the Phragmitis (shown) and Korean bush clover, which tend to take over and exclude native plants that wildlife depend on. Even if these species aren't planted intentionally, their seeds can spread from one right of way to another on the wheels of maintenance vehicles. Korean bush clover, also called Sericea lespedeza (Lespedeza cuneata), is a classic case of an exotic species that was promoted as a wildlife food, but whose small, abundant seeds were later found to pass through birds, undigested. The species has been widely used for erosion control, but its invasiveness and lack of utility for wildlife means that one environmental goal (reduced sedimentation in waterways) is achieved at the expense of another (habitat and biodiversity).

Since the pressure to build and expand right of ways, for electrical transmission as well as pipelines, is going to increase over time, it would make sense to manage them for native grassland, so at least they would provide a haven for herbaceous species that get shaded out elsewhere. It's a matter of making sure the plant lists used for revegetating these right of ways is the right mix of native species, and also providing early intervention to prevent highly invasive exotic species from getting established and spreading. Getting these concerns on the list of priorities for industry, and government regulators, is a challenge.